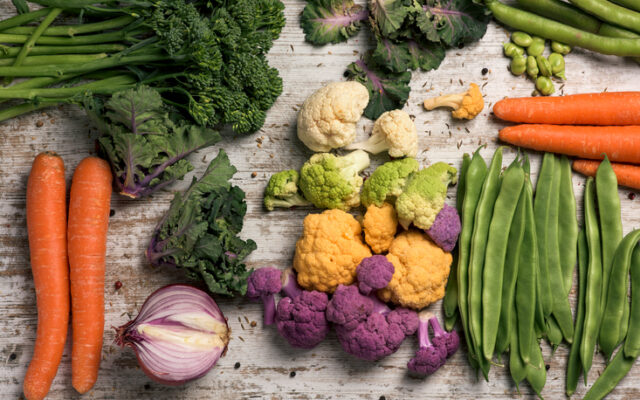 (Radio Iowa) A report by Iowa State University Extension says some type of incentives are needed to help schools districts in obtaining fresh local food for students. ISU field specialist Teresa Wiemerslage says pandemic grants totaling 250-thousand dollars in 2020 led to 57 schools working with food hubs to get fresh food. That changed when the grant money went away the next year.

“Food hubs and schools had to try and make the purchases work on their own. Certainly, some of the schools made that happen — we definitely saw a big drop off in the amount of sales that occurred,” Wiemerslage says. The drop off was more than 50 percent. She says money was a big part of the issue, along with experience.

“The schools that we saw that dropped off were largely the schools that had never tired the farm to school before. They wanted to be able to access that money to help purchase food for their schools during the pandemic. But then didn’t necessarily see it as a priority, or didn’t have time this year with all the other things that were happening to continue to make those purchases,” according to Wiemerslage. She says they recommend
timing future incentives so that schools, farms, and food hubs can plan menus and local purchases in advance.

“It’s also a strong recommendation that we’ve had over the last ten years of experience in working with schools — is schools do not become experts at farm to school the first year,” she says, “they need several years to work on their plans and to work things into their system.” Wiemerslage says schools could buy direct from farmers — but she believes it is worth it for schools to work with food hubs to source food.

What a food hub does is they are able to access the dairy farm, and the lettuce grower, and the apple grower, so the school has to just make the one call in order to get that product to them,” she says. Wiemerslage says the food hubs can save districts time.

“The other advantage that the food hubs have is that many of them have backup growers. So, for some of these larger schools where they need ten to 15 cases of something to serve their meals — the food hub may need to pull in two or three growers,” Wiemerslage says. She says they are continuing to work on ways to connect schools with locally grown food.