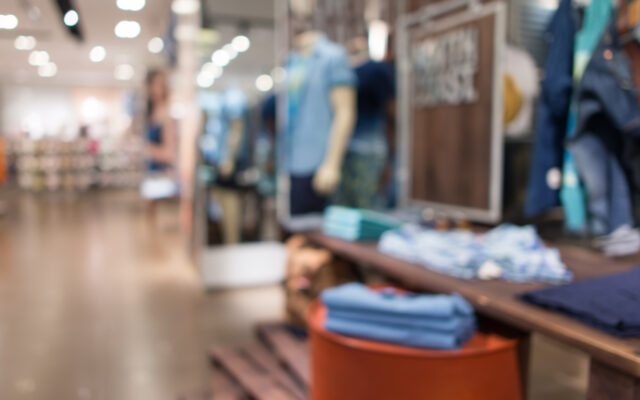 (Radio Iowa) The economy usually perks up with year-end holiday shopping, but there are few signs of optimism heading into December in the latest survey of business leaders in nine Midwestern states. Creighton University economist Ernie Goss says for the first time in recent years, the region’s overall index — or business barometer — plummeted below growth neutral, and it’s now fallen six of the past eight months.

“The Mid-American economy, at least according to the November survey, is not good at all,” Goss says. “It dropped to 48.0 which is the lowest reading we’ve recorded since the early days of the pandemic. That would be in May of 2020, right after the pandemic began, so this was not a good reading.” The individual business barometer for Iowa fell even farther during November. On the zero to 100 scale, where 50 is growth neutral, Iowa dropped two full points, from 49.8 in October to 47.8 in November. In the Creighton survey, supply managers in Iowa and the eight other states were asked about the biggest threats they see looming for the rest of 2022 and into 2023.

“Number one, by far, was higher input prices, so inflation is still rearing its ugly head out there, according to supply managers,” Goss says., “Number two was recession, that’s first time we’ve recorded that in some time. Supply chain disruptions came in number three, and then labor shortages, which is a big issue in this part of the country, and then higher interest rates.” While labor shortages ranked fourth out of five on that list, the survey finds employers across the region are still having significant trouble finding qualified workers to fill vacancies.

“Sixty-five percent of the supply managers are reporting shortage of applicants out there, so they have job openings and not many are coming in to fill those positions,” Goss says. “Regional employment is still down from pre-pandemic levels, that was being February of 2020. We’re off 32,000 workers across the nine states.” There were a few bright spots. Goss says the latest data from the U.S. Bureau of Labor Statistics shows in the past 12 months, private wages of all workers in Iowa expanded by a little over five-percent, while manufacturing wages climbed by almost eight-percent.