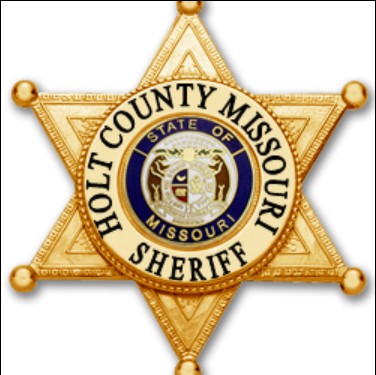 OREGON, MO – Deputies from the Holt County Sheriff’s Department engaged a vehicle in a pursuit early Monday morning in a rural part of the county.

According to a release from Sheriff Steve Portman, deputies observed a vehicle without its headlights on Neptune Road around 2:10 a.m.  When the officer tried to pull the vehicle over, the vehicle turned its lights on and began driving erratically.

Officers say the vehicle crashed at the intersection of Holt 200 and Omaha Road at which time the suspects fled on foot.

With assistance from the K-9 unit, the Nodaway and Andrew County Sheriff’s Departments and the Missouri State Highway Patrol, the suspects were tracked for approximately 3 miles through fields and wooded area.  The suspects were not located during the search.

After further investigation, officers say they identified Kurt Ritchie as one of the suspects.  Ritchie was taken into custody and a female was released pending investigation.  The State has charged Ritchie with resisting arrest, creating a substantial risk of serious injury or death.

K-9 Zehn suffered an injury to his leg while tracking and required eight stitches.  He will make a full recovery.