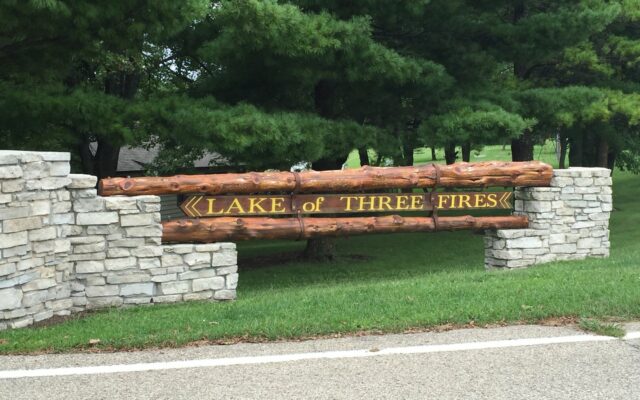 (Radio Iow) Officials have confirmed an extremely rare amoeba that can destroy brain tissue is present in a state-owned lake in southwest Iowa. A Missouri man who went swimming at the Lake of Three Fires near Bedford died earlier this month after getting a brain infection caused by the amoeba. University of Iowa epidemiologist Mike Pentella encountered two similar cases when he worked at a hospital in central Florida.

“It’s named Naegleria fowleri,” Pentella says. “…Picture diving into a lake and you get water up your nose. Well, if that amoeba is in that water, then it may attach and crawl along your olfactory nerve and get into your brain.” The beach at the Lake of Tree Fires is reopening today (Thursday), with signs posted that warn of the amoeba’s presence. State officials say swimmers should take precautions and limit the amount of water that goes up their noses. Pentella says the organism is extremely rare and has primarily been found in southern states when lake levels are low and the water gets hot due to prolonged periods of high temperatures.

“We really don’t know that much about it,” Pentella says. “There’s only been about 155 cases of it reported in the United States, so it’s a very low risk and there’s not much studies on it.” Pentella says it.’s possible many people have been exposed, but did not come down with disease. If you’re going swimming in a lake, Pentella says you may consider wearing a nose clip or plugging your nose if you’re jumping in and he recommends avoiding digging or stirring up the sediment at the bottom of a lake.

“Just minor things like,” Pentella says, “but with the incidence so low, people should not worry about this and curtail any activities.” Pentella made his comments during an appearance on the River to River program on Iowa Public Radio. State officials say they do not intend to test other state park lakes, as there is no rapid, standardized test for the amoeba.