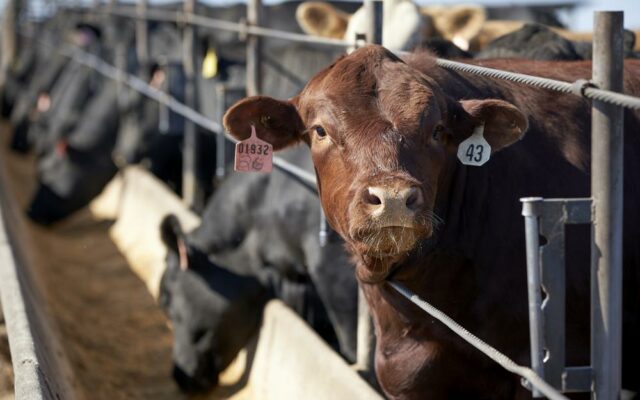 OMAHA, Neb. (AP) — The nation’s largest food distributor has joined the other businesses accusing the four largest meat processors of working together to inflate beef prices.

Sysco recently filed a federal lawsuit in Texas accusing Tyson Foods, JBS, Cargill and National Beef of price fixing. The lawsuit said those companies have conspired to suppress the number of cattle being slaughtered at least since 2015 to help drive up the price of beef. The allegations are similar to ones in lawsuits filed by grocery stores, ranchers, restaurants and other wholesalers that have been pending in Minnesota federal court since 2020.

Similar price-fixing lawsuits are also pending in the pork and chicken processing businesses.

The Sysco Corp. lawsuit said the companies’ coordinated efforts to limit the number of cattle slaughtered drove down the price meat processors paid ranchers while propping up beef prices, boosting profits for the meat producers, who control more than 80% of the U.S. beef market.

The lawsuit said the companies “exploited their market power in this highly concentrated market by conspiring to limit the supply, and fix the prices, of beef sold.” And the lawsuit cited an unnamed witnesses who used to work in the meat industry who confirmed there was a conspiracy between the meat companies.

Most of the companies didn’t immediately respond to questions about the Sysco lawsuit Thursday, but they have defended their actions in the other price-fixing lawsuits even though JBS did agree to a $52.5 million settlement in one of the lawsuits earlier this year. JBS didn’t admit any wrongdoing as part of that deal.

Cargill spokesman Daniel Sullivan said his company “is confident in our efforts to maintain market integrity and conduct ethical business. We believe the claims lack merit and intend to vigorously defend our position.”

In general, the meat processing industry has maintained that supply and demand factors, not anticompetitive behavior, drive beef and cattle prices. The industry has also long struggled with worker shortages that have limited production at times. Those workforce issues became particularly acute during the pandemic when COVID-19 spread widely through processing plants and forced companies to slow or idle production.

The Justice Department has been looking into allegations of price fixing in the industry at least since 2020, but it hasn’t provided updates on its investigation.

President Joe Biden has suggested that increasing competition in the meat industry would help reduce food prices, so his administration has offered $1 billion to help build and expand independent meat processing plants.