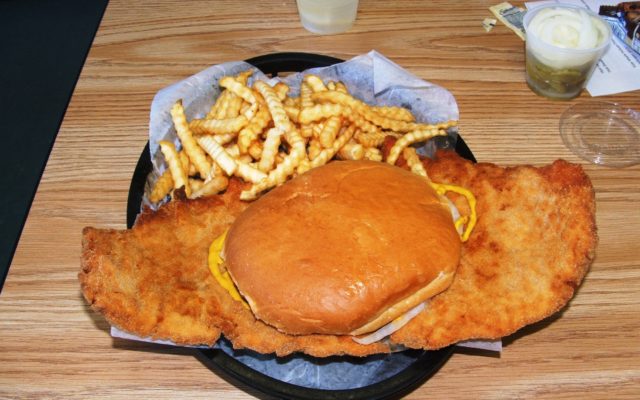 (Radio Iowa) Nominations are now being accepted for Iowa’s Best Breaded Pork Tenderloin for 2022. Kelsey Sutter, spokeswoman for the Iowa Pork Producers Association, says the program is in its 20th year and it’s easier than ever for Iowans to nominate a favorite.

“Go to our website, iowapork.org, and there’s a drop down list of hundreds of restaurants in the state of Iowa,” Sutter says. “Of course, if you don’t find the one that you’re looking for, there’s a simple way to click and add another restaurant to that list. It should take seconds to nominate your favorite tenderloin in the state of Iowa.” Iowans are encouraged to go online and submit entries for their favorite restaurant.

“We get hundreds of restaurants nominated through this process,” Sutter says. “Last year, we had around 6,000 nominations come through the website for over 500 restaurants.” Nominations are due by June 6th. Sutter says the judges will spend the summer dining out at the 40 restaurants with the most nominations, five in each of the state’s eight districts.

“Spreading it out across our eight districts really allows us to make sure the entire state is captured. Rural communities have just as much of a chance as our larger cities in the state of Iowa,” Sutter says. “That’s going to give us our top 40, and then we’ll spend the summer as an organization with our members across the state, judging the top 40.” That will be further narrowed to the top five which will all be visited in secret by the panel, with the winner being announced in October. Last year’s winning pork tenderloin was at Victoria Station in Harlan.
iowapork.org
(Pat Powers, KQWC, Webster City)