Thousands Get COVID in First Weeks of School in Missouri 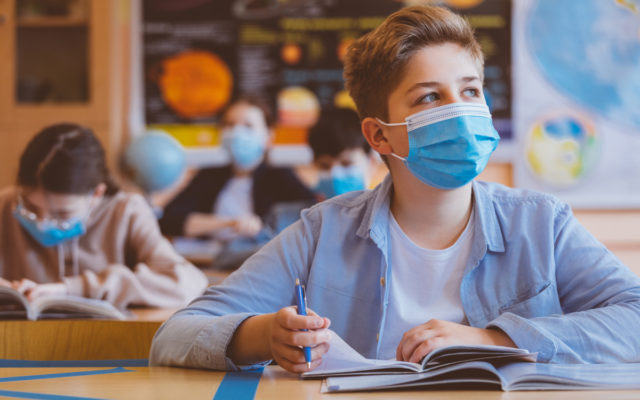 (AP) – Thousands of Missouri children have been diagnosed with COVID-19 since the new school year began, and at least one rural school closed for cleaning after an outbreak.

A map on the state’s COVID-19 dashboard breaks down virus cases among people aged 5-19 within each school district’s geographic boundaries, including non-public school children who live within the district. The map shows nearly two dozen districts with at least 41 new cases over the past 14 days. Combined, those districts alone have seen 2,964 illnesses. They include 173 cases in Kansas City and 172 in St. Louis city.

Double-digit cases are reported in dozens of other districts. The total number of illnesses among students and staff statewide isn’t posted on the dashboard.

In northwestern Missouri, the South Nodaway School District closed Thursday and Friday for “extended cleaning, sanitation, and ventilation,” according to a letter posted on the district’s website. The decision was made after 49 students were absent due to illness or quarantine, along with three staff members. The absent students accounted for more than a quarter of all students, and over half of those in grades 7-12, the letter stated.

Classes resumed Tuesday, but with masks required through Sept. 17.

Missouri reported 1,690 newly confirmed COVID-19 cases on Wednesday, bringing the pandemic total to 643,183. The state also reported 154 deaths, including 132 that occurred prior to September but had not been previously attributed to the virus. All told, 10,814 Missourians have died from COVID-19.