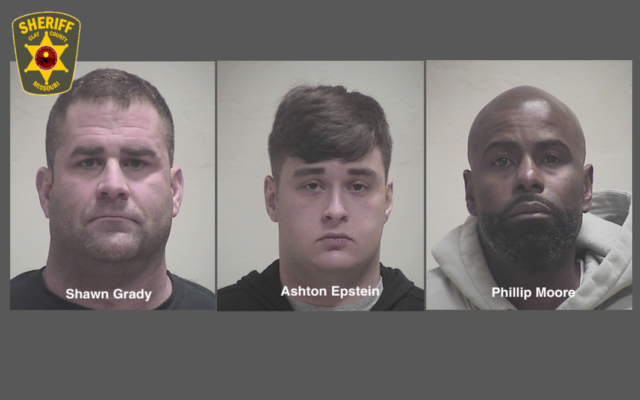 LIBERTY, MO – The Clay County Sheriff’s Department Human Trafficking Task Force conducted a dual operation to both target the demand side for prostitution and to offer services to sex workers engaged in prostitution.

During the operation, deputies placed online ads advertising sex in exchange for money.  An undercover female deputy met with those who responded at an area hotel.  Three men were arrested for and have been charged with patronizing prostitution.  Those charged are Shawn M. Grady (39) from Lathrop, Missouri; Ashton Epstein (20) of Leavenworth, Kansas; and Phillip G. Moore (45) of Kansas City, Kansas.

Deputies and Task Force members also responded to online ads soliciting sex for money. When the sex workers arrived, they were offered services to help the escape the cycle of prostitution and addiction.

The Kearney Police Department and Homeland Security assisted in the operation.