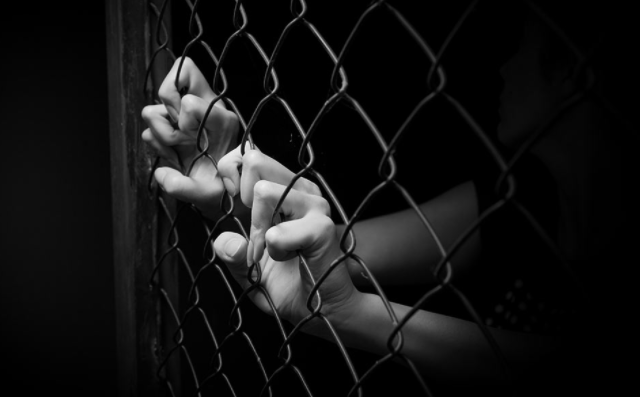 (Radio Iowa) The “World Day Against Human Trafficking” is this Saturday, and some of the leaders in the effort in Iowa are asking you to take notice. Iowa Secretary of State, Paul Pate, has worked with businesses on the issue.

“We want the public to learn more about it. And we’d like to invite them to do more about it. It is a ongoing issue with you know, it’s a form of slavery, whether it’s a labor trafficking or sex trafficking, ” Pate says. Pate says it takes a team effort to get everyone involved and fight the trafficking.

“We work very closely with a lot of groups. And in my case we launched Iowa Businesses Against Trafficking,” Pate says, “and we have over 500 businesses in Iowa who stepped up, and they’re learning about it. And they’re encouraging others in themselves to do more about it within their own company.” He says you can go to the Iowa Businesses Against Trafficking website to get some tips. Chris Calloway with the Iowa Department of Public Safety says they’ve been working with lodging operators for almost two years on how to spot human trafficking.

And since that time, we’ve trained almost 600 lodging providers — that includes hotels, some of the county parks, Air b-n-b’s — pretty much anybody that has a lodging facility available for people to stay at is welcome and encouraged to attend the training,” Calloway says. He says the D-P-S Office To Combat Human Trafficking has also trained some 17-thousand-500 others — and they are seeing some early results.

“We only have a small data set, but the the first six months of 2022 have shown a increase in those reported tips,” he says. Calloway says there is no single type of victim in these crimes.

“It can be any age. It can be children, it can be. It can be teens, it can be older people as well,” he says. “And then the sex trafficking, the human trafficking and sex trafficking, that’s only part of it. There’s the labor trafficking that goes with that as well.” You are asked to give them a tip if you see something that doesn’t look right. You can call toll free at: 888-373-7888 to give a tip. You can also go to the D-P-S website: stophtiowa.org to make a report, or find out more about training.