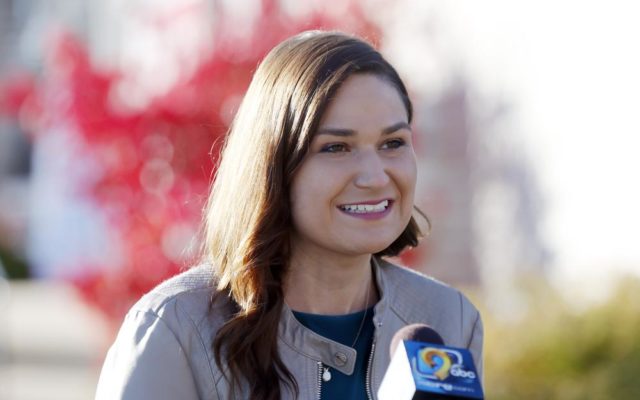 Finkenauer’s campaign was required to submit petitions from at least 19 counties showing the signatures of at least 100 eligible voters had been collected in each county. On Tuesday, the State Objections Panel decided some of signatures on her nominating petitions were invalid, but she had enough. Republican attorney Allen Ostergren argued during Tuesday’s hearing that more signatures should have been thrown out. He said the panel was not following the same standards in Finkenauer’s case as it used on the first case of the day — and more signatures for Finkenauer should have been thrown out. In the morning, Secretary of State Paul Pate and Lieutenant Governor Adam Gregg were the Republican majority on the Objections Panel. In the afternoon, it flipped to two Democrats — Attorney General Tom Miller and State Auditor Rob Sand.

At the conclusion of the Objection Panel’s review, the final tally on Finkenauer’s petitions from Allamakee County was just 100 signatures. Petitions from two other counties ended up with just one extra signature above the minimum requirement. Finkenauer’s campaign manager says the court challenge shows the GOP is insecure about Republican U.S. Senator Chuck Grassley’s reelection and “terrified of a matchup” with Finkenauer. Two other Democrats running for the U.S. Senate have qualified to have their names printed on the June Primary ballot. Mike Franken is a retired Admiral from Sioux City. Glenn Hurst is a doctor from Minden.