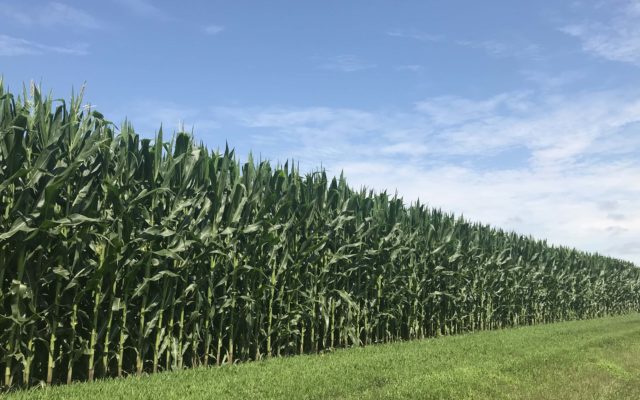 (Radio Iowa) The USDA is scheduled to release an updated estimate of the 2021 corn crop. Iowa State University economist Chad Hart says the mid-October prediction was a 15 billion bushel corn harvest — the largest ever.

“So we are talking about a massive crop,” Hart says. “Basically the same story on the soybean side as we’re looking out there, a very large soybean crop as well.” Iowa is the nation’s top corn producing state. Justin Glisan, the state climatologist, says it’s been a rollercoaster year for weather, as Iowa has been in a structural drought since the spring of 2020.

“But those timely rainfalls during the drought, during the growing season, really held the crop on,” Glisan says. “…The yields look great.” Hart says farmers had the option of choosing seed varieties that can withstand dry weather.

“The idea is what we have done over the last 40, 50, 60 years with these hybrids is we’ve developed hybrids that are more tolerant of a wider range of weather conditions,” Hart says, “and those changes are definitely paying off as we look out there.” Hart and Glisan made their comments during a weekend appearance on Iowa P-B-S. The latest U-S-D-A crop and weather report for IOWA shows the state’s corn harvest was 84 percent complete by Sunday. Ninety-five percent of Iowa’s soybean crop was harvested by the end of the weekend. Most of the soybeans fields still to be harvested are in southwest and south central Iowa.