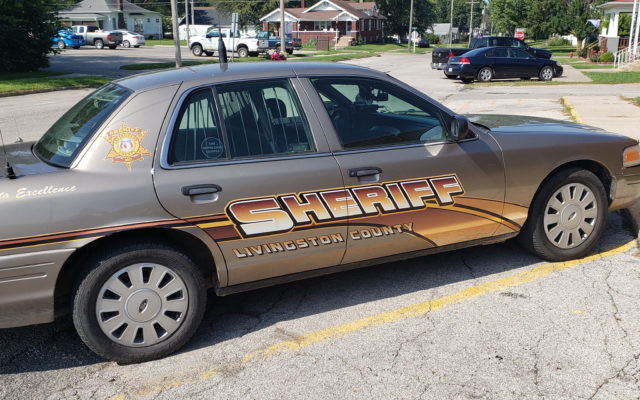 A man from Wheeling has been formally charged in two separate cases.

The suspect had allegedly barricaded himself in the outbuilding. Assisting on the scene were the Missouri State Highway Patrol, a Conservation Agent, and a K-9 unit. Officers were finally able to gain entry into the building and found Evans hiding inside a tote. He was arrested on Livingston County arrest warrants for alleged traffic offenses. Mr. Evans was also questioned on multiple crimes that had previously been reported in the Wheeling area. The Sheriff’s Office located a bag of methamphetamine that had been in Mr. Evans’ possession prior to arrest.

An unidentified female inside the building was found to be in possession of brass knuckles. Her vehicle had previously been at the scene of a burglary/theft in Chillicothe and that information was shared with the Chillicothe Police.

According to court documents, Evans is charged with felony possession of a controlled substance except 35 grams or less of marijuana/synthetic cannabinoid and felony first-degree property damage in two separate cases. He also faces a charge of second-degree property damage after an arrest by the Chillicothe Police Depart for an incident in March. Those charges were filed earlier this month.

Also this past year Evans was sentenced to 39 days in county jail after pleading guilty to a misdemeanor fouth-degree assault charge.