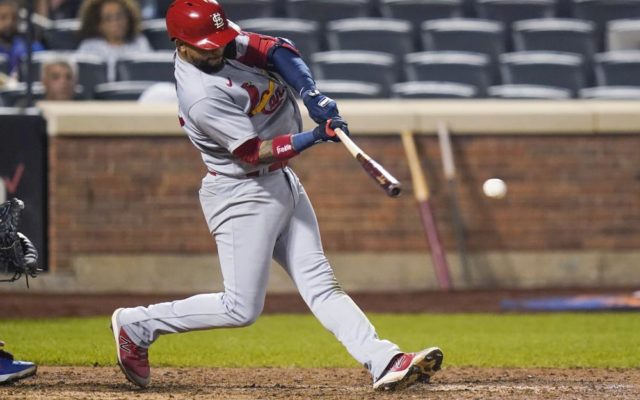 Edmundo Sosa hit the go-ahead single in a three-run 11th inning and the hard-charging Cardinals climbed all the way back into postseason position Tuesday night with a 7-6 victory over the New York Mets.

“We’re looking out the windshield, not the rearview mirror,” manager Mike Shildt said. “We still need to go out and take care of business every night.”

New York scored twice in the bottom of the 11th and had two runners aboard when Kwang Hyun Kim retired pinch-hitter Albert Almora Jr. on a grounder for his second career save — at last closing out a mentally grueling game that took 4 hours, 34 minutes.

“That was a whale of a baseball game,” Shildt said. “We just stayed with it.”

Pinch-hitter Andrew Knizner delivered a two-run single in the top half to give the Cardinals needed breathing room as they shook off Javier Báez’s tying homer in the ninth.

Tyler O’Neill homered and drove in three runs for the streaking Cardinals. They’ve won four straight and six of seven to vault into the second NL wild-card slot by a half-game over Cincinnati, which lost 6-5 in Pittsburgh.

“Everybody was used that was available,” Shildt said. “When you get in a game like tonight, it just turns into guts.”

It’s the first time the Cardinals (75-69) have held a postseason spot since they clung to a slim lead in the NL Central on May 30. They fell a season-worst four games under .500 on June 27.

“It says a lot about this team,” Sosa said.

Demoted closer Alex Reyes (8-8) got Francisco Lindor to ground into an inning-ending double play with runners at the corners in the 10th, firing up the Cardinals. First baseman Paul Goldschmidt stepped on the bag and threw home, trapping Kevin Pillar in a rundown.

“High baseball IQ play,” Shildt said. “It was a game-saver.”

“The players are really sincere about being good in all areas,” he added. “It was on display tonight.”

Then the Cardinals got three singles in the 11th off rookie Jake Reed (0-1), just activated from the injured list.

Both teams used eight pitchers. O’Neill put St. Louis ahead 4-3 with a two-run homer in the eighth against reliever Jeurys Familia, who was booed off the mound.

Báez tied it with a leadoff drive in the ninth, sending the first pitch from Giovanny Gallegos to left field beyond a leaping O’Neill and over the orange home run line on the blue wall.

It was the first time Báez tied a big league game with a homer in the ninth inning or later. He came out of the dugout for a curtain call as the Citi Field crowd of 21,825 chanted his name.

Just weeks ago, Báez was scorned by Mets rooters and the front office for a thumbs-down gesture that was a dig at booing fans.

The free-swinging Báez also walked three times for the second time in his career and had a bunt single in the first inning that gave New York a 2-0 lead.

O’Neill hit an RBI single and scored in the fourth as the Cardinals erased a two-run deficit against starter Marcus Stroman.

Michael Conforto drove in two runs for the Mets, who have dropped the first two games of this pivotal series — damaging their dwindling postseason chances.

“We’ve got to compete. That’s the only thing we can do right now,” Báez said.

Mets: Second-string catcher Tomás Nido (sprained left thumb) and Reed (right forearm inflammation) were reinstated from the 10-day injured list. Nido batted eighth and went 0 for 3. Reserve catcher Patrick Mazeika and reliever Yennsy Díaz were optioned to Triple-A Syracuse. … Rojas said there’s a chance OF Brandon Nimmo (strained right hamstring) could return this weekend against Philadelphia. … RHP Noah Syndergaard is expected to face hitters in the next few days. Syndergaard has been slowed in his recovery from March 2020 Tommy John surgery by a sore elbow and a positive COVID-19 test.

With a welt near his ear and a shiner under one eye, umpire Junior Valentine worked the plate right on schedule. Valentine remained in the game Monday night at first base after getting drilled on the right side of his face by a wild throw from Sosa at shortstop that drew blood in the second inning.

Cardinals: Jon Lester (5-6, 4.75 ERA) pitches Wednesday night in the series finale. The 37-year-old lefty has won six straight decisions versus the Mets and is 8-1 with a 3.18 ERA in 11 career regular-season starts against them. He is 2-1 with a 4.30 ERA in eight outings for St. Louis since his July 30 trade from Washington. Last time out, Lester allowed two runs and three hits over seven innings in a no-decision against Cincinnati.