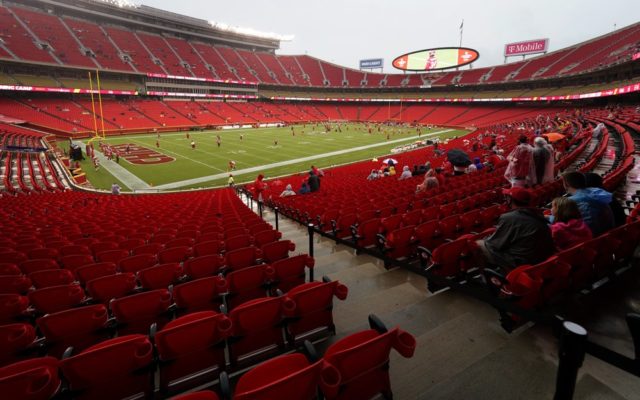 KANSAS CITY, Mo. (AP) — Kansas City Chiefs tight end Fred Arbanas, a key member of their first two Super Bowl teams in the 1960s’ and ’70s who later had a long career in county politics, has died. He was 82.

The Jackson County Democratic Party in Missouri, for which Arbanas was a major player for more than four decades, announced his death in a brief statement Saturday. No cause was given.

Arbanas, a member of the Chiefs’ Hall of Fame, was a six-time all-AFL selection and was picked to the All-Time AFL Team by the Pro Football Hall of Fame. He was a member of the Dallas Texans team that won the 1962 AFL title and, after the club moved to Kansas City, helped the rechristened Chiefs reach the Super Bowl in 1967 and 1970.

“Known for his tenacity and courage on the field, Fred was a key contributor to the early success of the franchise in both Dallas and Kansas City,” Chiefs Chairman and CEO Clark Hunt said in a statement.

“He was a dynamic threat at the tight end position, and he helped the Chiefs finish as the winningest franchise in the 10-year history of the American Football League. When his playing days were over, Fred dedicated the second phase of his career to public service and made a lasting impact on Jackson County. Our heartfelt condolences are with the Arbanas family during this time.”

After his playing career, Arbanas served more than 40 years in the Jackson County Legislature. He was so influential in working with the local parks system that a golf course was renamed in his honor in 1999.