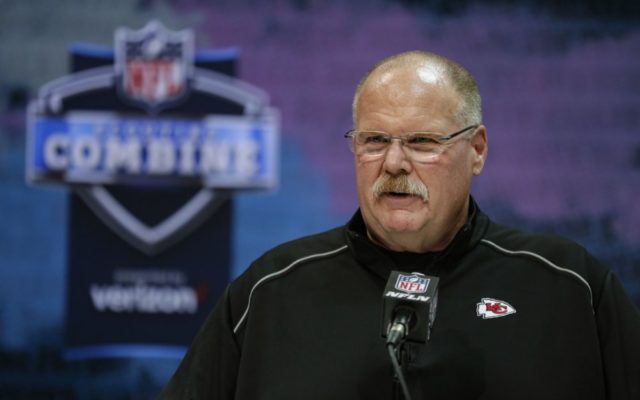 There’s the long snapper, tasked with delivering the ball. The kicker, who is expected to send it through the uprights. And the punter, who for many teams doubles as the holder on field goal and extra-point attempts.

The reason this is important, at least for the Super Bowl champion Kansas City Chiefs, is that for the first time in 15 years they are trying to decide on a new punter. Dustin Colquitt held down the job with Pro Bowl efficiency for as long as some of the current Chiefs have been playing football. But his increasing age and the franchise’s dwindling coffers forced the club to make the difficult business decision to let him go this offseason.

With teams barred from holding in-person workouts because of COVID-19, the Chiefs have been unable to bring in an endless number of potential replacements. Instead, they signed Tyler Newsome and undrafted rookie Tommy Townsend, and those two have been working out privately with kicker Harrison Butker and long snapper James Winchester.

Well below the gathering limits of 10 people that have been in place in Kansas and Missouri.

“We’re kind of fortunate,” Chiefs special teams coach Dave Toub said, “because those guys can get together and kick and work on the operation. They can do that on our own. We can work on our skill set, whereas to play football you need 22 guys out there. You can’t sit down face to face, but they video everything they do and send it to me and we talk.”

Nobody knows when teams will be allowed back at their facilities for good. Just this week, players rehabbing from injuries and certain staff were finally allowed back, but no coaches or healthy players. So that means what would typically be low-stress, good-natured workouts on a high school practice field for Newsome and Townsend have taken on extra importance.

What they show off on video could determine who has the leg up — pun intended — when training camp finally begins.

“There is nobody out in front right now. I like them both,” Toub said. “They’ve both got really strong legs, really powerful legs. They consistently hit over 5.0 (seconds) hang times, which is impressive. Tommy is a little more clean in his technique as far as consistency, whereas Tyler is a little more erratic. But the results are the same. They both bomb the ball.”

That’s a good thing for the Chiefs as they attempt to replace a franchise icon.