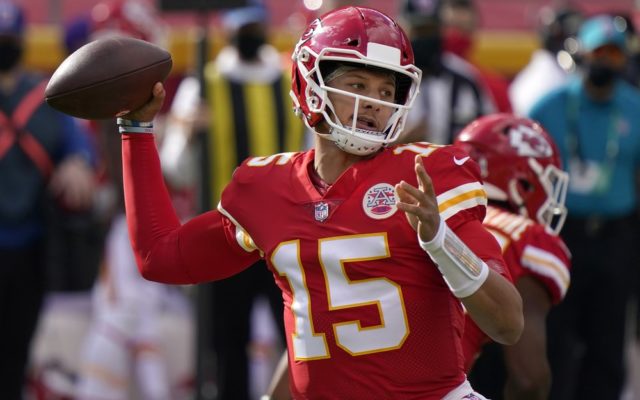 KANSAS CITY, Mo. (AP) — The Kansas City Chiefs wrapped up their three-day mandatory minicamp Thursday with a sense of optimism that comes from playing in the last two Super Bowls and the offseason additions to the roster.

These three days comprised the final practices the Chiefs will have in Phase 3 of the offseason program ahead of training camp which begins late July.

Head coach Andy Reid was most pleased that he could see his player in person.

“On these Zoom calls, you can install,” he said following Thursday’s practice. “You can talk about fundamentals and techniques, but you can’t work on them, and that’s just what’s real.

“This gives you an opportunity to actually run the plays and work on the fundamentals and techniques. … The coaches have evaluated their last season and (can) help them get better with the techniques and fundamentals that they might need this season.

“I think it’s a win-win. I think it’s great to have the technology, but at the same time, I think it’s important that we’re still able to get them on the field.”

The Chiefs were looking to upgrade one of the league’s best offenses, particularly the offensive line. During February’s Super Bowl, quarterback Patrick Mahomes was pressured a Super Bowl-record 29 times. According to NextGenStats, via Seth Walder of ESPN.com, Mahomes ran 497 yards before throwing the ball or being sacked.

Mahomes should be more comfortable this season. That, and the motivation of losing in the biggest game last season, has him ready to go.

“When you get beat like that on a stage like that, you’re going to (be motivated) at all times. I’m going to try to make sure that doesn’t happen again no matter what game it is.”

“It’s probably top of the list. It’s been everything I’ve asked for. I feel like I can play football anywhere, but when you develop certain relationships with certain people, these people become a part of your life. So, Coach Spags (Steve Spagnuolo), Coach Merritt, Coach Reid, Coach Rubin, our strength coach, all these men have been important to me, so I can’t see me ever walking away from that relationship.”— safety Tyrann Mathieu on his desire to sign a contract extension and finish his career with the Chiefs.

“I feel like I can be productive inside, outside, just wherever the team puts me. I think there are more advantages on the outside because of the fact you can’t really double-team. You can chip, but you’re not really getting as many double-teams as a three-tech would in this defense, so I’m excited about that.” — defensive end Chris Jones on how he thinks he’ll do in his new role (he played defensive tackle since his rookie year in 2016.

“Talking to Coach Reid and also Pat (Mahomes), there are things we’re implementing to get the ball to the back and just get the ball spread out more. So, that was one of the things on why I chose to work on my hands and just be more of a threat. It was seen that I can run the ball between the tackles, outside. Being able to also get out, and not just routes out of the backfield but also spread out in the slot position and also the outside wideout position (will) expand my skill set.” — running back Clyde Edwards-Helaire on becoming more involved in the passing game.

“Back home in Montreal, the gym has been closed for the past year. I was able to stay in pretty good shape, but I think when it comes to football shape, there’s no other treatment than just playing football. Today was a great day, a great start and I’m looking forward to more practices. I think that’s the key, is to get exposure, get some reps.”— guard Laurent Duvernay-Tardif, a licensed physician who missed the 2020 season to work in a long-term care facility in his home country of Canada.