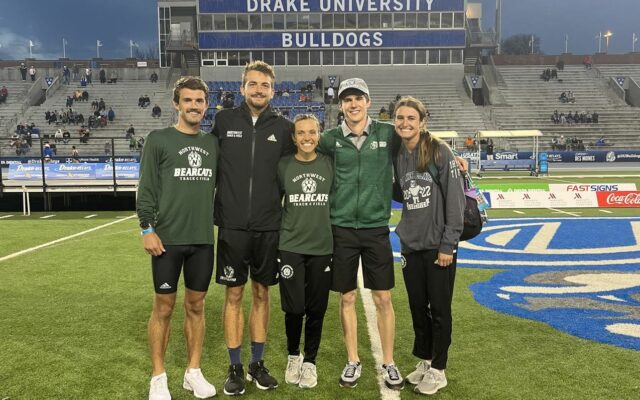 Junior distance runner Caroline Cunningham continued her assault on the women’s outdoor record book by taking down the 5,000-meter mark Thursday night at the Drake Relays.

Reece Smith shattered his own school record and became the first Bearcat to ever run a time of less than 14 minutes in the 5,000 meters. Smith posted a final lap of 57.40 as he notched the 12th-best NCAA Division II time this season. Smith also captured an NCAA provisional qualifying mark in the race.

Sophomore Bailey Blake competed in the women’s unseeded 800m and placed 11th with a time of 2:12.06.

Northern Iowa’s Carter Morton also placed 4th and scored 6697 points in the Men’s Decathlon that finished Thursday. He led the first day of events after Wednesday and won the 110H as the first event Thursday. Carter is the son of Chad and Debbie (Barber) Morton. Debbie is a former South Harrison and Graceland athlete and the daughter of Jim and Linda Barber.