Gary Pinkel Named to Hall of Fame Class of 2022 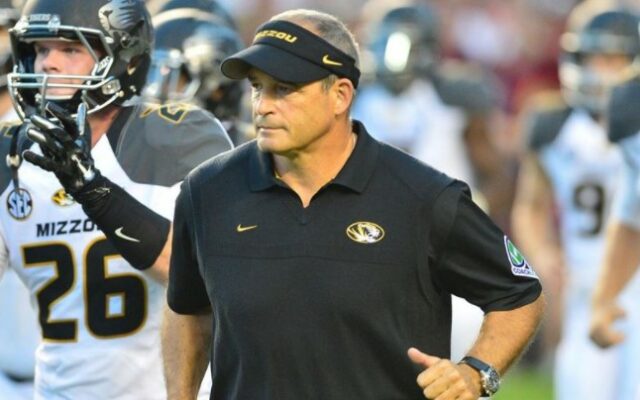 COLUMBIA, Mo. – Announced on Monday, former University of Missouri football head coach Gary Pinkel will be inducted into the National Football Foundation College Football Hall of Fame as a member of the Class of 2022. Pinkel is the winningest head coach at Mizzou (2001-15) and at the University of Toledo (1991-2000).

Standing at No. 20 for most wins in Football Bowl Subdivision history at the time of his retirement, Pinkel’s legacy as the winningest coach in school history at both Toledo and Missouri makes him one of only three coaches to hold the distinction at two Division I programs. He becomes the first coach from Toledo and the sixth coach from Missouri inducted into the College Football Hall of Fame.

After his final game in 2015 and announcing his retirement because of a diagnosis of non-Hodgkin’s lymphoma, Pinkel ranked as the third-winningest active coach behind future College Football Hall of Fame inductees Frank Beamer of Virginia Tech and Bill Snyder of Kansas State. Pinkel is one of only three coaches in history to be the winningest coach of two college football programs, joining College Football Hall of Fame inductees Bear Bryant (Kentucky, Alabama) and Steve Spurrier (Florida, South Carolina).

Pinkel has been inducted into multiple halls of fame, including the State of Missouri Sports, St. Louis Sports Commission, Mid-American Conference, Toledo Athletics, Kent State Athletics and Kenmore High School. Active in the community, he created the GP Made Foundation to help youth facing difficult challenges and he has raised more than $10 million for charitable causes.

The 2022 College Football Hall of Fame Class will officially be inducted during the 64th NFF Annual Awards Dinner on Dec. 6 (location TBD).