Graceland Announces National Search To Begin For Next Football Coach 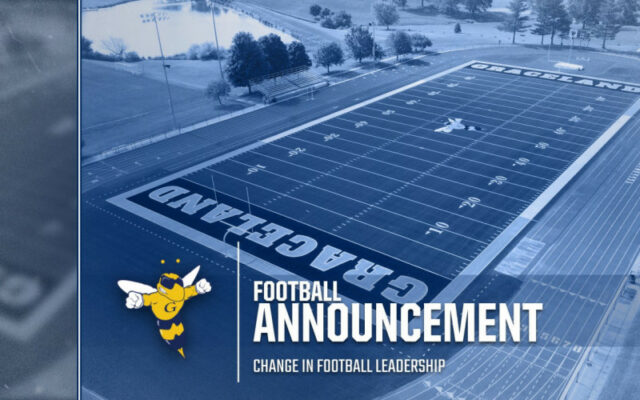 Graceland has announced that a national search will begin for a new football coach.

Graceland Athletics Director Brady McKillip announced on Monday that a change in leadership is being made in the football program. Nate Robinson was named as the Head Football Coach in 2019. In a release, Brady McKillip noted a culture of respect that was built by Coach Robinson.

“Coach Robinson was dedicated in his service to the university and built a culture of respect on his team that permeated throughout the campus,” said McKillip. “I am thankful that I was able to work alongside Nate for these past several years. While we did not always get the results that we hoped for on the field, he always has been committed to producing student athletes that Graceland can be proud of in the world.”

“We are extremely grateful for Coach Robinson’s dedication to Graceland and our community over the past several years and wish him the best of luck in future endeavors,” said President Patricia Draves.