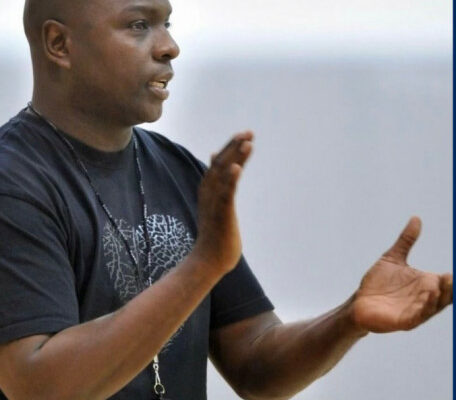 “Coach Scott brings to Graceland a wealth of basketball knowledge and the ability to build a program and elevate it,” McKillip said. “He led William Penn to success in the competitive Heart of America Conference, and I am confident that he can do the same for Graceland.”

Scott played collegiately at Bradley University, leading his team to the NIT Championship in 1982. Following college, he played in the Continental Basketball Association, the World Basketball League, and several professional leagues in South America. He was inducted into the Bradley University Hall of Fame in 1997.

As a coach, Scott has experience at several levels, with experience at high school, collegiate, professional and semi-professional teams.  He has an overall record of 119-81 during his 15-year coaching career. He has coached Malcolm X Community College in Chicago and William Penn University.  He took their women’s team to the national tournament.

“I am excited to see Coach Scott in action in the fully renovated Morden Center and on the new championship Richard J. Resch Court,” said President Patricia Draves. “We are thrilled to have him bring his energy and experience to Graceland.”