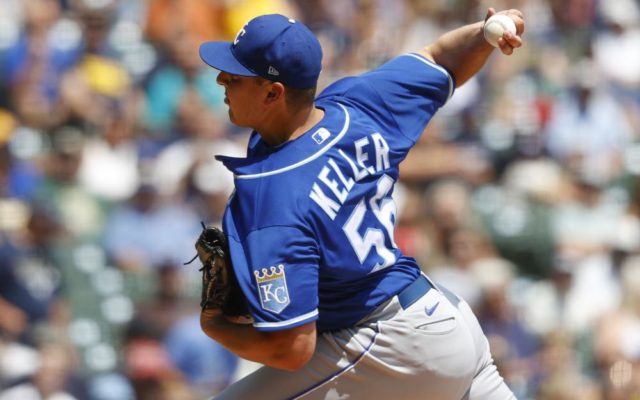 MILWAUKEE (AP) — Brad Keller is doing his part to make sure the Kansas City Royals withstand the injuries that have decimated their starting rotation.

Keller earned his first win in over six weeks Wednesday to help the Royals complete a season sweep of the Milwaukee Brewers with a 6-3 victory.

His solid performance came one day after Mike Minor’s strong outing in a 5-2 triumph at Milwaukee. The Royals need other starters to step up after Danny Duffy and Brady Singer both went on the injured list Tuesday.

“Mikey going out there and giving a strong six innings yesterday, I just wanted to follow suit,” Keller said. “Honestly, that was my goal. I feel like whenever we go on good streaks, the starters are usually rolling.”

Nicky Lopez hit a tiebreaking two-run double i n the sixth inning and Jorge Soler added a towering homer in the eighth.

The Brewers lead the NL Central and the Royals are last in the AL Central, yet Kansas City won all four meetings this year. The Royals swept a two-game series in Kansas City on May 18-19.

“We just didn’t show up and take care of business the way we wanted to,” Brewers second baseman Kolten Wong said. “But you’ve got to tip your cap to the Royals for coming in and playing good ball and just taking it to us.”

On an afternoon when the Brewers made a pair of errors that caused Kansas City’s first five runs to be unearned, two of the loudest ovations at the stadium came when the scoreboard showed video clips of Milwaukee Bucks players asking fans to get loud.

The Bucks won their first NBA championship since 1971 on Tuesday night, beating the Phoenix Suns in Game 6 in the downtown arena about three miles away from American Family Field. About a dozen Brewers players attended the Bucks’ title-clinching victory Tuesday night.

“I think it’s an easy thing to equate that,” Lauer said. “But everybody here, we’re all professionals. This is our job. This is what we do. I don’t think it has anything to do with it. It’s just circumstance; it happened to look that way.”

Lauer went to the Bucks’ clincher before starting Wednesday’s game. He struck out six and allowed two unearned runs in five innings.

Keller (7-9) struck out six and allowed three runs and two walks in 6 2/3 innings to pick up a win for the first time since June 4. Keller had gone 0-5 with two no-decisions over his last seven starts.

But he has allowed only six runs over 20 2/3 innings in three July appearances. Keller credits his improvement to mechanical adjustments.

“I feel like my slider’s been better,” Keller said. “My fastball command has been better. I feel like today, especially, I’ve been able to pitch in more, which has always been one of my strengths in the previous few years. I feel like that’s one thing I kind of got away from.”

Scott Barlow retired the side in order in the ninth for his fifth save in eight opportunities.

Kansas City couldn’t get a single runner on base in the first three innings, but a wild throw to first by Brewers third baseman Luis Urías allowed Whit Merrifield to reach second to start the fourth. Andrew Benintendi doubled home Merrifield with two outs and scored on Hunter Dozier’s bloop hit.

The Brewers pulled ahead with a three-run rally in the fifth that included an RBI double from Christian Yelich.

Kansas City regained the lead for good by scoring three runs off Brent Suter (9-5) in the sixth.

The Royals had a runner at first with one out when first baseman Jace Peterson couldn’t handle a grounder from Benintendi. Dozier followed Peterson’s error by delivering a single that made it 3-all.

With the bases loaded and two outs, Lopez hit a double to right that put the Royals back in front.

“We gave them runs by giving them extra outs, and they did something with those extra outs,” Brewers manager Craig Counsell said. “And that was the story of the game.”

Royals OF Michael A. Taylor left in the sixth inning with discomfort in his left wrist.

Royals: Take Thursday off before hosting Detroit on Friday to start a three-game series. LHP Kris Bubic (2-4, 5.03 ERA) will start for the Royals on Friday.

Brewers: Have Thursday off before beginning a three-game home series with the AL Central-leading Chicago White Sox on Friday. Probable starters are RHP Lucas Giolito (8-6, 3.90) for the White Sox and RHP Freddy Peralta (7-3, 2.39) for the Brewers.