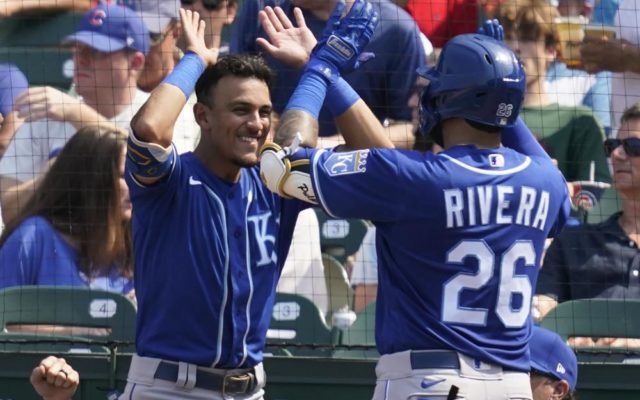 Emmanuel Rivera hit his first career homer, and Andrew Benitendi and Cam Gallagher also connected. The Royals are last in the American League in home runs with 124.

Perez broke a 2-2 tie in the sixth inning with his second homer of the day off Zach Davies (6-10). The catcher also connected in the fourth.

“The guy loves to play the game and I love watching him,” Royals manager Mike Matheny said.

Royals starter Brad Keller (8-12) had his second straight strong start after giving up two earned runs in 6 2/3 innings against St. Louis on Saturday. The right-hander struck out eight, allowing one earned run on four hits in six innings.

Richard Lovelady, Jake Brentz and Scott Barlow finished for the Royals in the opener of a 10-game trip. Kansas City has won four of its last five games.

“I’m just trying to build upon every start,” Keller said. “I felt pretty good toward my last start and tried to bring it into this start.”

Chicago’s Patrick Wisdom homered in the third. He leads NL rookies with 19 homers.

Rivera tied it with his homer in the fifth, Benitendi hit a solo shot in the sixth and Jarrod Dyson added an insurance run in the eighth when he drove in a run on a grounder off reliever Ryan Meisinger. Gallagher homered off Jake Jewell in the ninth.

“After we got a lead early, I put our team in a bad spot,” Davies said. “With Keller on the mound, with their bullpen, we just couldn’t come back home.”

Chicago has lost 11 straight home games. The Cubs have dropped 43 of their last 58 games after leading the NL Central in June.