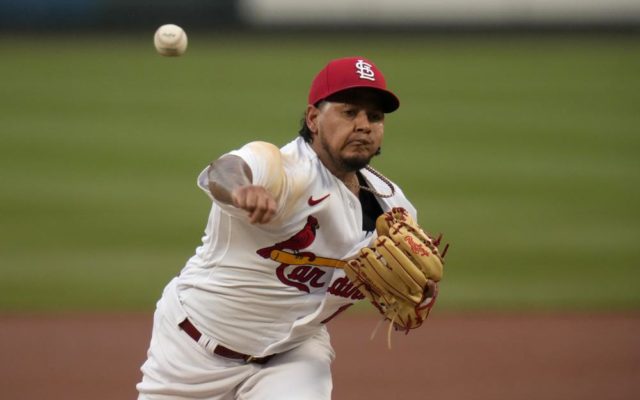 St. Louis’ skid is its longest since a seven-game slide in June 2017. Cleveland has won four of six.

Bieber (7-3) gave up one run and five hits in six innings, striking out five. The reigning AL Cy Young Award winner has won his past three decisions and hasn’t permitted more than three runs in any of his 13 starts this year.

The Indians have won 26 consecutive games with Bieber on the mound when they have scored at least four runs.

“It’s obviously a comfort when the offense jumps on the other team’s pitcher early,” Bieber said. “It allows me to go out there and just be me and really focus less on being fine and more on attacking it.”

Carlos Martínez (3-6) allowed five runs and seven hits, including Ramírez’s three-run homer, in four innings. In his previous outing, he was tagged for 10 runs while getting just two outs against the Los Angeles Dodgers.

Cesar Hernandez and Amed Rosario both singled to open the third to bring up Ramírez, who launched his 14th home run of the season to right field. He hit an 0-1 pitch an estimated 425 feet to give the Indians a 5-0 lead.

Ramírez also doubled and singled and has reached safely in each of his past 22 games.

“Baseball, one day you’re lucky and the next one you’re not,” Ramírez said through an interpreter. “You just have to make adjustments and be aggressive, and that’s what I am right now.”

Hernandez drew a walk to start the game and came home on Amed Rosario’s fourth triple of the year. Rosario scored on Ramírez’s grounder to give Cleveland a 2-0 lead.

Bieber was cruising through two outs in the fourth when he surrendered two walks, hit a batter and gave up an RBI single to Edmundo Sosa before getting pinch-hitter John Nogowski to ground out to escape a bases-loaded jam.

“We just really haven’t played our best this past week and that happens,” Cardinals first baseman Paul Goldschmidt said. “You just go out tomorrow and try to play better.”

GOOD NIGHT AT THE OFFICE

Cleveland C Austin Hedges entered Tuesday with a .146 average but had just his second multihit game of the season. He singled his first two at-bats and drew a walk in his third plate appearance. Hedges also scored a run, coming in on Hernandez’s sacrifice fly in the sixth.

Cardinals: C Yadier Molina (left knee) came to Busch Stadium on Tuesday and could return as early as Wednesday, though with an off day Thursday he might be given an extra day of rest and return Friday. He was hit in the knee by a foul tip in the fourth inning of a 5-2 loss to the Reds on June 5.

Indians RHP J.C. Mejia (1-0, 0.00) gets his second start of the season after he went three innings, striking out two and allowing two hits in a 3-1 loss to Baltimore on June 4. He’s only allowed three hits in eight innings this year.

Cardinals RHP Adam Wainwright (3-5, 4.19) looks to bounce back from taking the loss in a 4-2 defeat to Cincinnati on June 3.