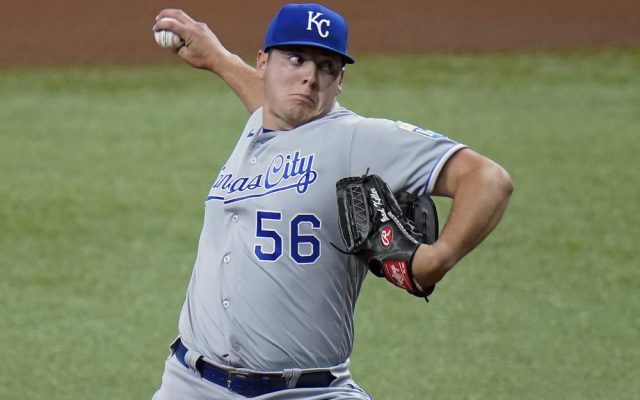 Rich Hill struck out a career-high 13 for the Rays. Tampa Bay’s winning string was the second-longest in club history, one shy of the record set in 2004 by the then-Devil Rays managed by Lou Piniella.

“We had a great run,”Hill said. “We’ll start another one tomorrow.”

“I think we were all waiting for, not necessarily an 11-game win streak, but to kind of bust out of the shell and get guys swinging the bats and just feeding off our pitchers,” Kiermaier said.

Keller (4-4) allowed one run, four hits, four walks and struck out seven. Jake Brentz went 1 1/3 innings before Kyle Zimmer got two outs to get his second save.

“Brad was as good as I’ve seen him,” Royals manager Mike Matheny said. “I thought he had very good rhythm. I thought his tempo, his execution on his fastball and slider were good, Probably the best changeups we’ve seen from him. If he can continue to development that pitch, it’s going to help everything else.”

Hill gave up two runs and six hits, and didn’t issue a walk over eight innings. Over his last six starts, the lefty has allowed five earned runs over 35 2/3 innings, but has a 2-2 record.

Hill retired his first 10 batters before Carlos Santana tied it 1 in the fourth with a home run. It was his 250th homer, which moved him within one of tying Tony Clark for 13th place all-time among switch-hitters.

The Royals have won seven of 10 following an 11-game losing streak.

Brett Phillips had a single leading off the Rays third that went off Keller’s glove, stole second, went to third on a grounder and scored on a hit by Yandy Díaz.

Kansas City shortstop Adalberto Mondesi, reinstated from the 10-day injured list after missing the first 45 games this season with a right oblique sprain, doubled twice in four at-bats. He was hurt in the Royals’ final spring training game on March 29.

Hill joined Randy Johnson, Nolan Ryan and Gaylord Perry as the only pitchers to strikeout 13 or more at age 41 years, 75 days or older. Ryan did it 13 times.

Kiermaier made a nifty running catch on Andrew Benintendi’s drive to the left-center field warning track in the second. He made the grab behind left fielder Austin Meadows, who was also trying to track down the ball. Kiermaier also made a leaping catch at the wall on Benintendi’s fly in the eighth.

“That’s what I love doing … I love to make plays for our pitchers,” Kiermaier said. “It would have been a lot cooler if won tonight.”

The Rays reached the 85 percent vaccination level that allows MLB protocols to be relaxed.

The players and staff are no longer required to wear masks in the dugout.

“I’m excited about that,” manager Kevin Cash said. “We’ve got to keep adhering to protocols and the guidelines that are in place.”

Royals: Matheny said OF Hunter Dozier (concussion), who is at Triple-A Omaha, “seems to be getting his timing right.”

Rays: 1B Ji-Man Choi, who left Monday’s game against Toronto with right knee soreness, was the DH.