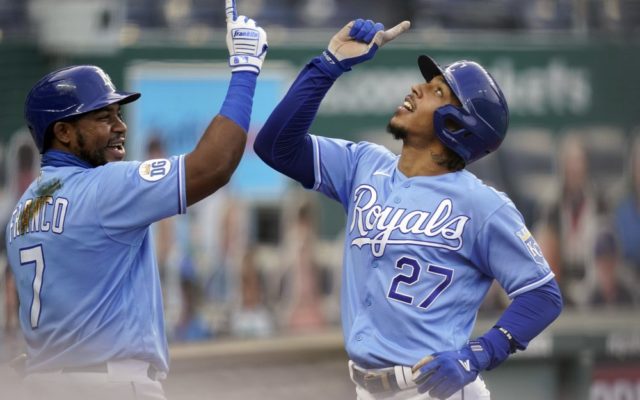 KANSAS CITY, Mo. (AP) — Oft-injured Royals shortstop Adalberto Mondesi will begin the season on the injured list with a right oblique strain, leaving Kansas City without one of its most exciting players when it opens the season against the Texas Rangers on Thursday.

Mondesi was put on the injured list Wednesday retroactive to the previous day. Nicky Lopez was recalled from the club’s alternate training site in Arkansas after he was sent there following a poor spring training at the plate.

Mondesi hit .256 with a league-leading 24 stolen bases in 59 games during the pandemic-shortened 2020 season.

Lopez was competing for the second base job but is now likely to share shortstop duties with Hanser Alberto, who made the opening day roster after joining the Royals as a non-roster invitee for spring. Alberto and Whit Merrifield are expected to get the bulk of playing time at second, with Merrifield also spending time in the outfield.

Right-hander Brad Keller will take the mound for his second opening day start for Kansas City.