Pet Of The Week – Dex 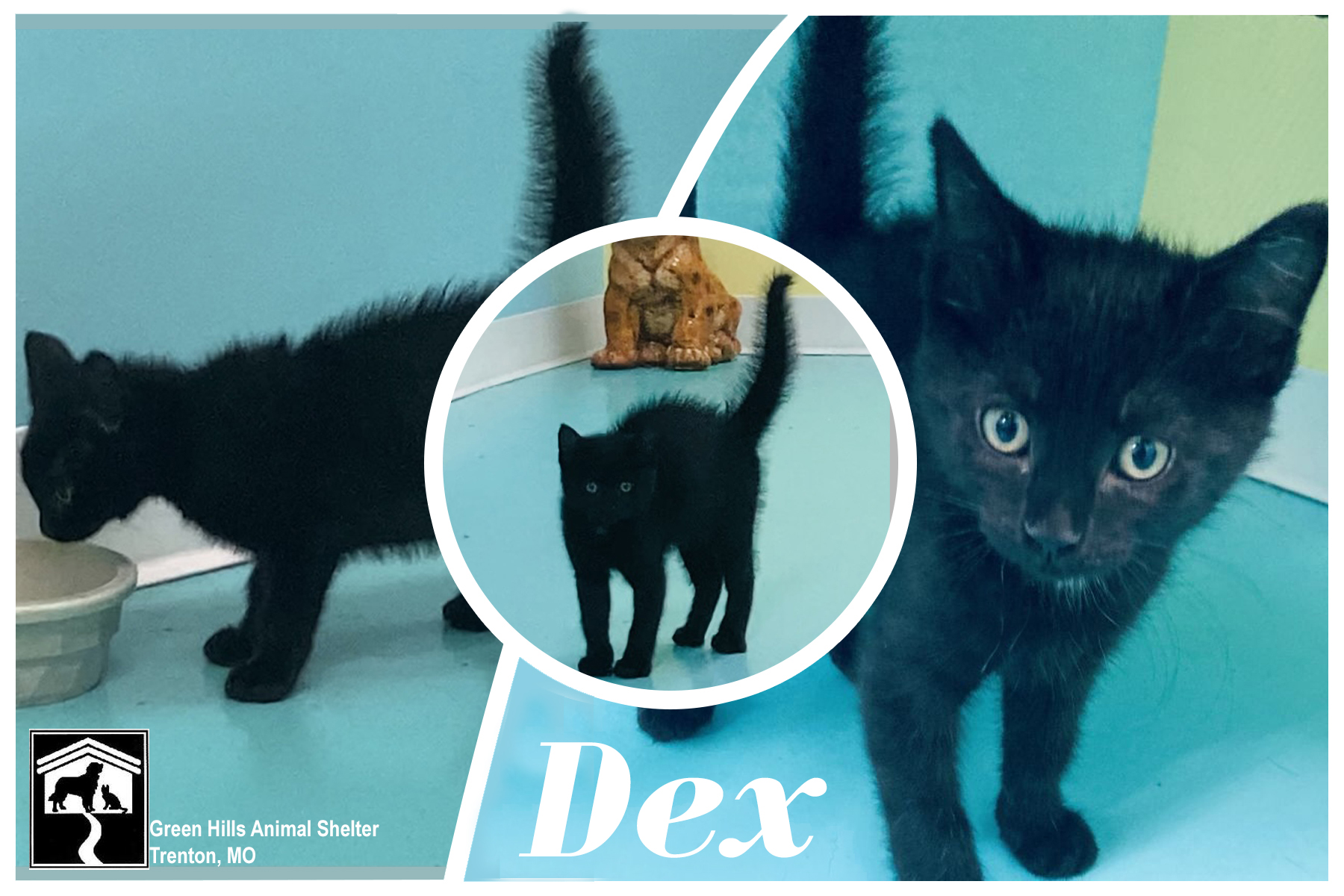 It’s been said that it is impossible to keep a straight face in the presence of one or more kittens, and that statement perfectly describes this week’s Pet of the Week, Dex! With his solid black, fuzzy fur and the tiniest, almost imperceptible, little patch of white on his chest, Dexter is as cute as a kitten could ever hope to be!

Dex is a young guy who had a bit of a rough start to life. He and his siblings were found alone in the cold when they were only about 2 weeks old. The kind person who found them knew they could not survive on their own, so they brought them to Green Hills Animal Shelter. Of course, at 2 weeks old, Dex and his littermates were still much too young to be without a mom, so they went home with one of our wonderful fosters to be bottle-fed and cared for until they were old enough to come back to the shelter.

Dex and his siblings thrived in foster care and returned to the shelter as healthy, curious kittens ready to fill their Forever Families’ lives with love. Dex is now the last of his litter waiting to be adopted, but he would tell you that’s because you always save the best for last!

Dex is a very-well rounded kitten. Because he was bottle-raised he is very used to being handled and loved by humans, and because he was raised with his litter he is also well-socialized with other cats. He is a super sweet boy who loves to cuddle and be petted and, like all kittens, Dex LOVES to play. His classic play move is to arch his back and do the sideways-prance, inducing giggles from anyone watching and getting a “10” for purr-fect form every time!

If Dex could describe his purr-fect Forever Home he would ask for an indoor-only home where he would receive lots of attention. He would love to have a family who would play with him until he tires out and then let him snuggle up with them for a nap. Dex would be purr-fectly happy in a home with children, and he would also be very happy to have a kitty sibling or two. And, although he might be a tiny bit nervous at first, he would also be quite content to share his home with a canine sibling also.

Dex will go to his Forever Home neutered, de-wormed, FIV/FeLV tested and up to date on all vaccinations, including rabies.  He is guaranteed to fill his Forever Families’ home with happiness and love; wouldn’t you love to be his family?

For more information on Dex or any of the pets waiting for their Forever Homes at Green Hills Animal Shelter, please phone the shelter at 660-359-2700 or stop by during normal business hours. We’d love to meet you and help you find a new furry friend!