Pet Of The Week – Nitro 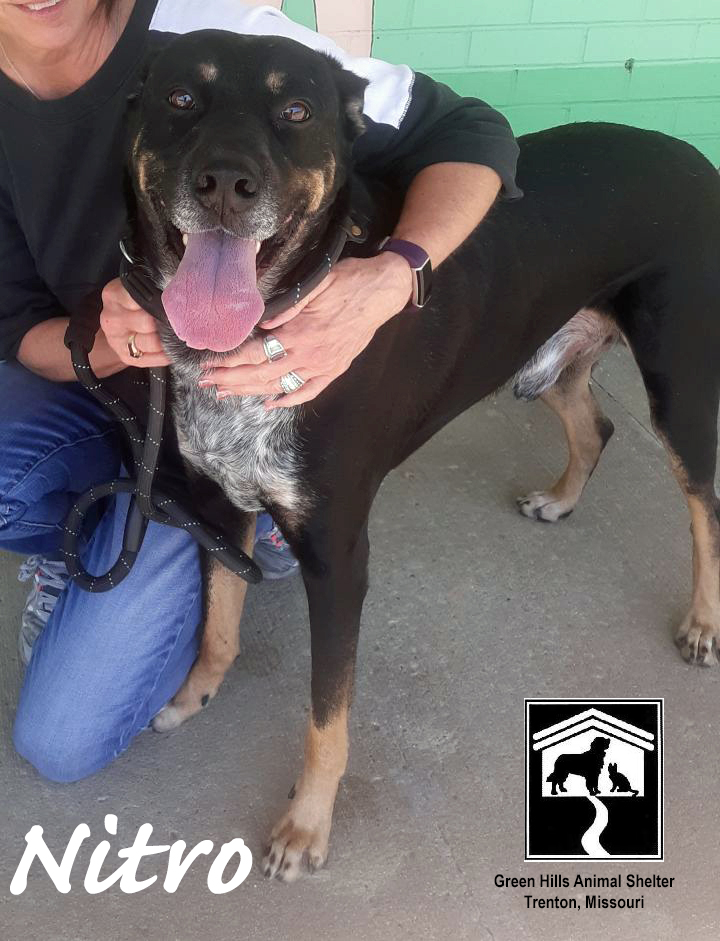 We’d like to introduce you to Nitro!  Nitro is a handsome Lab/Boxer Mix who has been at Green Hills Animal Shelter for almost a year, and would love nothing more than to have a home of his own.

Nitro is about 4 years old, and came to GHAS from a situation involving an over-population of dogs in the home. He, like the other dogs in the home, had suffered neglect, unsanitary conditions, and physical abuse. When he arrived at GHAS, he was severely underweight and required special care for both health and socialization issues. Because of his hard start to life, it took a while for shelter staff and volunteers to gain Nitro’s trust, but with love and care he has blossomed, and is ready to continue life with a home and family of his own.

While at GHAS, Nitro attended Puppies for Parole, where his trainers not only taught him basic obedience and commands, but also nurtured his trust of people. Nitro proved to be a star at Puppies for Parole and not only mastered basic commands, but also showed his skill for agility training, learning to weave in and out of poles and quickly becoming a favorite among the trainers.

With love, care and training, Nitro has blossomed into his true personality; a loving, playful dog who is very loyal and faithful. He loves to go on walks, or simply hang out with his people. He enjoys the simple things in life, and in the evenings you can even sometimes find Nitro sitting or lying on the shelter lawn with a volunteer, happily watching the sunset. Staff and volunteers of the shelter have fallen in love with him and say that you can tell that he is so thankful for everything they do for him.

Because of Nitro’s background, it sometimes takes a couple of meetings to gain his trust, but once you do, will see his amazing personality and how much love he has to give; and you will understand why shelter staff and volunteers love him so much.

If Nitro could describe his perfect home, he would ask for a quiet home with a set routine. He would love to be able to take long, leashed walks, and then spend his evenings curled up at his favorite person’s feet. He would prefer an adult-only home, or a home without small children. Also, because of the conditions Nitro was raised in, he would prefer a home without other dogs.

Nitro has been neutered, de-wormed, heartworm tested, and is up to date on all his vaccinations, including rabies. He has everything he needs – except for a Forever Home of his own. Could you make his life complete by making his dream of a Forever Home a reality?