Pet Of The Week – Peyton 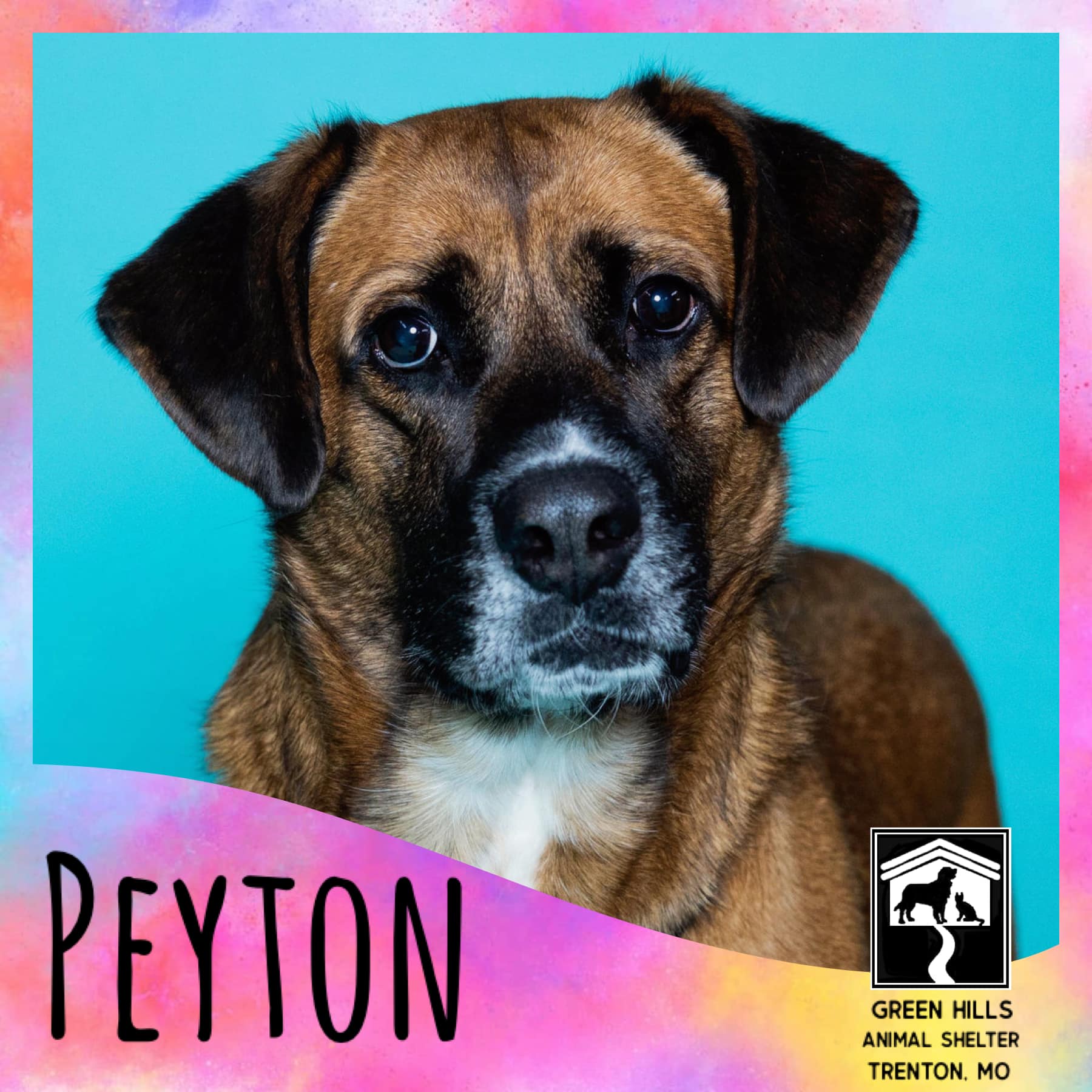 We’d like to introduce you to a very special senior Boxer mix named Peyton!

We believe Peyton to be about 7 years old, and she is currently the longest resident of Green Hills Animal Shelter, having been at the shelter for 1 ½ years. But don’t let her long stay at the shelter give you the wrong impression; Peyton is an amazing dog who has so much love to give and who very much deserves a home of her own.

Before coming to the shelter Peyton’s life was anything but naps and treats. She was part of a hoarding situation where over 20 dogs were living in terrible conditions, neglected and forced to compete for food and even for their very survival. GHAS served as a live-saving resource for all 22 of the dogs, but Peyton was by far the most affected by her former conditions. Peyton arrived at GHAS so traumatized and frightened that she couldn’t even be touched because it scared her so badly. She barked whenever anyone came near because she was so afraid, not only of people but also of other dogs because of her life of neglect.

But while Peyton’s spirit was bent, it wasn’t broken and despite all she had been through, her amazing heart still yearned to be loved and to love someone of her very own. Slowly, with a lot of love, care and one-on-one attention, Peyton began to come out of her shell and learn to trust again.

Today Peyton bears no resemblance to the starving, sad, frightened dog that arrived at the shelter. The changes in her appearance and her spirit have been amazing. She is still shy when she first meets someone new, but once she establishes trust, you’ll see that she is sweet, smart, and confident. And once she chooses someone as her own, Peyton loves them deeply and completely unconditionally.

If Peyton could describe her perfect Forever Home, this very special girl would ask for a home with a patient, quiet, consistent environment where she could be an indoor dog and spend as much time as possible with her special person.  She would be an amazing companion for a single person who is looking for a loyal, dedicated friend. And, while Peyton has worked hard and overcome her fear-induced issues with other dogs, she would still prefer to be the only pet in her Forever Home.

Peyton will go to her Forever Home spayed, de-wormed, heartworm tested, and up to date on all vaccinations, including rabies.  She has been through so much and managed to come through it all with a spirit that couldn’t be broken. She has just one wish remaining and that is the wish of a Forever Home of her own; could you make that wish come true?

For more information on Peyton, or any of the pets waiting for their homes at Green Hills Animal Shelter, you may phone the shelter at 660-359-2700 or stop by during normal business hours. We would love to meet you and perhaps help you find a new furry friend!