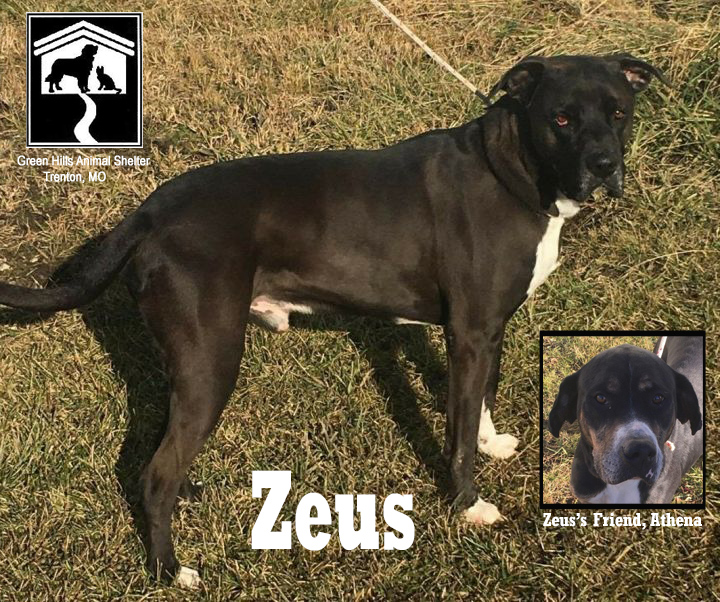 Please meet Zeus. Zeus is a handsome, 4-year old Great Dane/Mastiff mix who came to Green Hills Animal Shelter in November 2019, along with his friend Athena, who is a Shar Pei/Greater Swiss Mountain Dog mix. Zeus and Athena came to the shelter because their owner was moving and circumstances did not allow for Zeus and Athena to be a part of the move.

At 75 pounds, Zeus is a big boy, but that just means there is more of him to love! He is affectionate and well-behaved and he walks well on his leash.  Zeus values companionship and prefers be in the company of his humans or another canine friend. He is good with children and would do best in a home with at least one other dog to keep him company. His biggest wish would be to be adopted along with his friend from his former home, Athena, and the shelter will offer a reduced fee if the two can be adopted together and reunited.

Zeus has been neutered, dewormed, heartworm tested, and is up to date on all vaccinations, including rabies.  The only thing he is missing is a home of his own; could that home be yours?