This report continues a preview of a few of the issues that I predict the legislature will address when we reconvene for our next session in January.  This week I will report on IP reform.

Initiative Petition, also known as “IP”, is a way for citizens to change a law or the state constitution without the involvement of the state legislature.  Fred and Tom are sittin’ around the coffee shop, and Fred says he thinks all school buses should be purple.  Tom thinks that’s a wonderful idea, so they write down the language on paper, and get a whole bunch of friends to sign it.  They turn the paper into the Secretary of State, who then puts the idea on the ballot, citizens vote on it, more than half vote Yes, and VOILA!, the Purple School Bus law is enacted.  That’s how the IP process is supposed to work.

Only it hasn’t worked quite like that for a long time.  Average grass-roots citizens like Fred and Tom have not passed anything positive since the Hancock Amendment protecting citizens from arbitrary tax increases was passed in 1980.  Instead, more recent IPs have been started and funded by special interest groups – often from out of state – designed to get their pet project weaseled into a law or the constitution.  And because an amendment to the constitution is nearly impossible to undo, IPs usually try to amend the constitution instead of a law.  Because of that, your Missouri Constitution is now ten times the size of the United States Constitution.

In 2018, the ballot measure to raise the minimum wage was largely funded ($4.8M) by an outfit called the 1630 Fund out of Washington DC.  Also in 2018, the sneaky redistricting measure known as Clean Missouri was funded by Action Now, a PAC run by a Texas hedge fund manager that was part of the Enron debacle.  And in 2020, Medicaid Expansion got $2.5M from North Fund (Washington DC) to promote its passage.  Groups like 1630, Action Now, and North Fund were created by left wing interests to specifically target mid-western states through the IP process, and with no funding for counter-advertising to inform voters of what was really going on, the measures passed.

Of the 18 states that have an IP process allowing citizens to change their state constitution, no two states’ rules are the same, and Missouri’s is among the most lenient and most vulnerable to misuse.  In Missouri, the petitioners only need to get signatures from 2/3 of our congressional districts, meaning they often totally ignore the rural Districts #6 (northern Missouri) and #8 (southeastern Missouri) which comprise about 60% of our state’s area.  Also, in Missouri it only takes a majority vote (50%+1) to change the constitution, whereas in Florida it takes 60% to amend the constitution and 2/3 to enact a tax increase.

Our constitution should be about the fundamental structure of government, and the rights and freedoms citizens have that the government cannot take away.  To protect our constitution from further evolving into a special interest wish list, we need to reform the initiative petition process – not eliminate it, just reform it.  These reforms could include getting signatures from all districts throughout our state, a higher than 50% threshold for passage, and/or a series of public hearings on each ballot measure so petitioners will have to explain where they got their money and why they think a change is necessary.  According to a poll by the Foundation for Government Accountability, while all of these possible changes enjoyed some level of interest, citizens from both sides of the aisle most liked the idea of public hearings so they could be better informed before going to the voting booth.

Given recent history, our state should entertain some form of initiative petition reform.  If done right, new IP procedures could expose the special interests when they try to have their way with our state, and still allow Fred and Tom and other grass-roots citizens their right to petition.  The trick, of course, is getting it right, and I believe your state legislature will discuss possible improvements in the 2022 session next January. 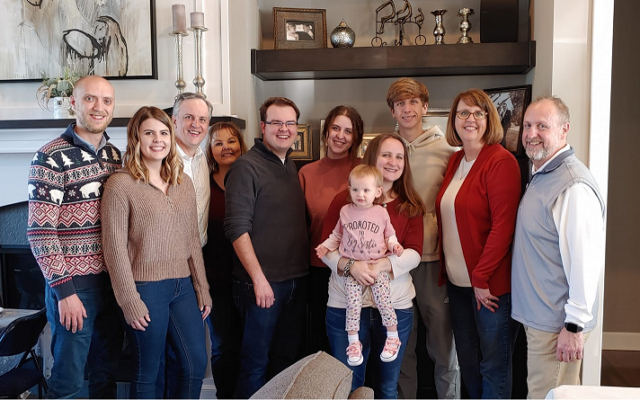 The state of Missouri is officially recognizing November as Adoption Awareness Month. The month is meant to encourage all Missourians to educate themselves regarding the need for adoptive families and the importance of supporting adoptive parents in their communities.

During the 2021 legislative session, the Missouri House made it a top priority to pass legislation that provides support for Missouri families who provide a stable home to children in need. The legislature approved both HB 429 and HB 430 to expand the state’s existing tax credit for adoptive families, and created an income tax credit to help offset the expenses related to providing care as a foster parent.

The sponsor of the two bills said they make it “more financially viable for families all across the state to foster and adopt young people who need and deserve a nurturing home.”

Gov. Parson signed both bills into law. Now he has signed a proclamation designating November as Adoption Awareness Month.

Parson said, “Every child needs and deserves to be loved and cared for by a family of their own. This November, during Adoption Awareness Month, we encourage Missourians to consider adoption and to always support adoptive families. We must open our hearts, our homes, and our lives to these special children that ask only for a family.”

Nearly 1,600 children and youth are currently waiting and hoping to find forever homes with loving families.

Missourians can potentially become an adoptive parent if they:

The Department of Social Services (DSS) encourages any Missourian interested in adoption to visit their website at https://dss.mo.gov/cd/adoption/interested-in-adoption.htm.