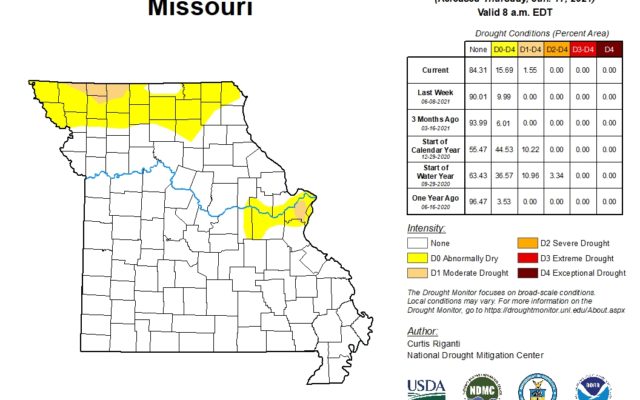 The U.S. Drought Monitor Map for Missouri showed a noticeable decline in drought conditions and included the first reports of moderate drought conditions for small parts of our listening area and a small area in eastern Missouri. 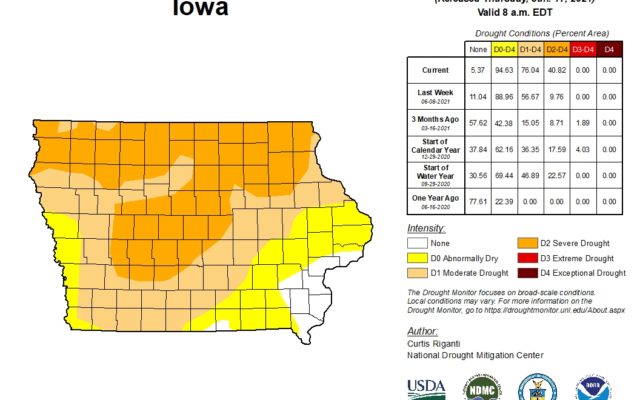