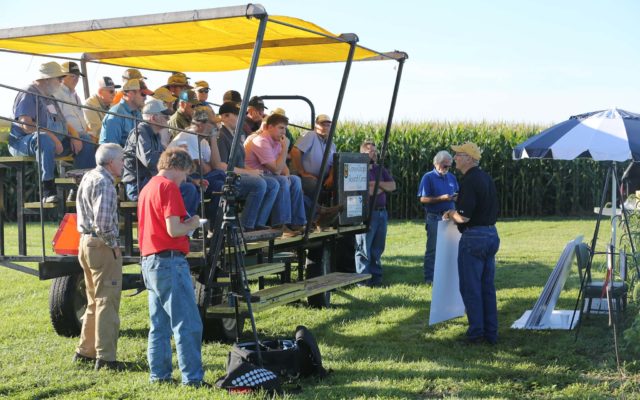 The University of Missouri’s proposed restructuring of their agricultural experiment stations will result in four locations shifting from the College of Agriculture, Food and Natural Resources to MU Extension. CAFNR Dean Doctor Christopher Daubert says the new designations will result in the Graves-Chapple and Hundley-Whaley centers in Northwest Missouri, as well as the Jefferson Farm and Garden outside Columbia and Wurdack Research Center in Cook Station, to become Extension education centers.

Despite the re-designation, Daubert says most projects will continue at each facility.

After the restructuring, CAFNR will operate four clusters of research stations, anchored in Columbia, Mount Vernon, Novelty, and Portageville. Eight centers will either be leased, made self-sustaining, or divested. 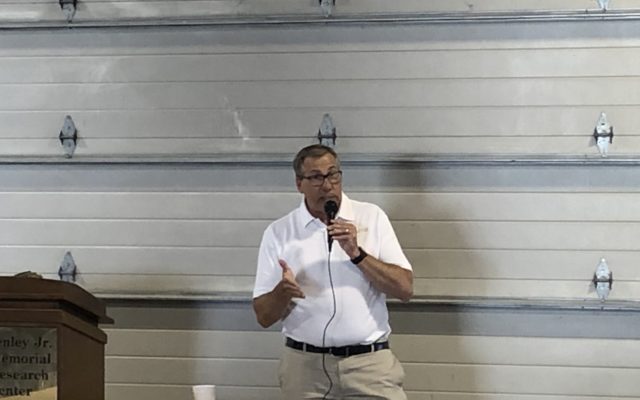 Dr Christopher Daubert, dean of the University of Missouri College of Agriculture, Food and Natural Resources, addresses attendees at the conclusion of the annual field day that took place August 4th at the Greenley Research Center outside Novelty.