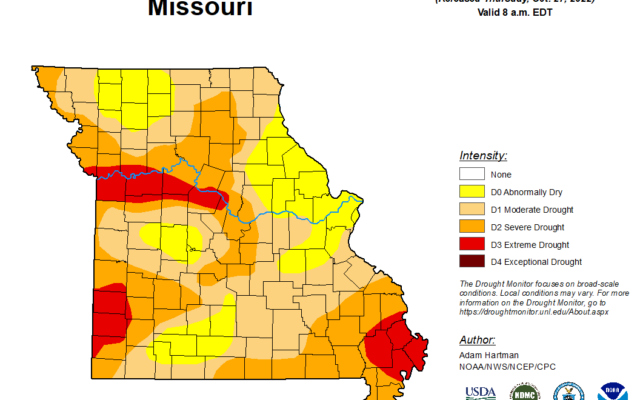 Missouri Governor Mike Parson issued an executive order which extends the drought alert for the state until March 1st. The first executive order issued by the governor was on July 21st which declared a drought alert for 53 counties hit hardest by drought conditions. Since that time, conditions have improved marginally, but drought continues to create challenges for the state’s residents according to the governor.

A Drought Assessment Committee was activated with the creation of the first executive order. That group is charged with assessing drought levels and working with impact teams for response and recovery. A Commercial Navigation Team has also been convened with low flow levels experienced on the Missouri and Mississippi Rivers which are impacting navigation.

The July Executive Order was due to expire on Thursday. The governor says extending it will allow the Drought Assessment Committee and associated impact teams to continue supporting affected communities throughout the winter and continue to expand the state’s capabilities to respond to and lessen the impacts of future droughts.