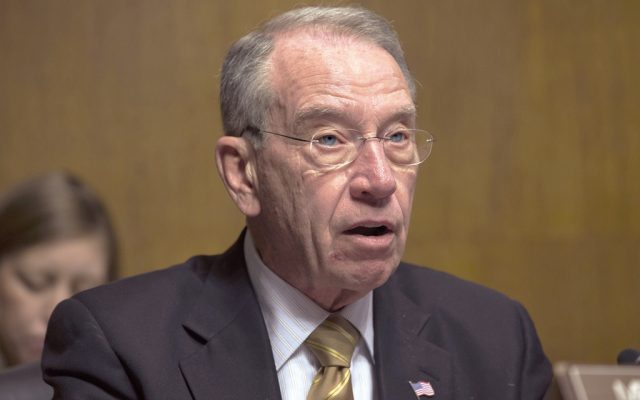 “I hope that the American people will be patient to understand that helping Ukraine now will save us a lot of money later on if Putin is stopped right now,” Grassley says. Franken says if Ukraine falls, Russian president Vladamir Putin will order more invasions.

“Yet another chapter of extending the great white Russia into neighboring countries,” Franken says. The candidates made their comments last (Thursday) night during a debate on Iowa P-B-S. At nearly the same time, President Biden told a crowd in New York that Putin is not joking about using tactical nuclear weapons. Franken, a retired Navy admiral, says if that happens, U.S. aide workers should be sent to assist burn victims — and some will be unarmed but specially trained American soldiers. Grassley says that’s unwise.

“I think it’d be very dangerous to send people, soldiers in without weapons so they could defend themselves,” Grassley said. Franken replied: “If you’re going to be a broad shouldered nation in the world…then you’ve got to take those risks. That’s why we join the military…We swear the oath: ‘I will support and defend the United States against all enemies, foreign and domestic.'” Last (Thursday) night’s hour-long forum was the only debate between the two candidates before the November 8th election.