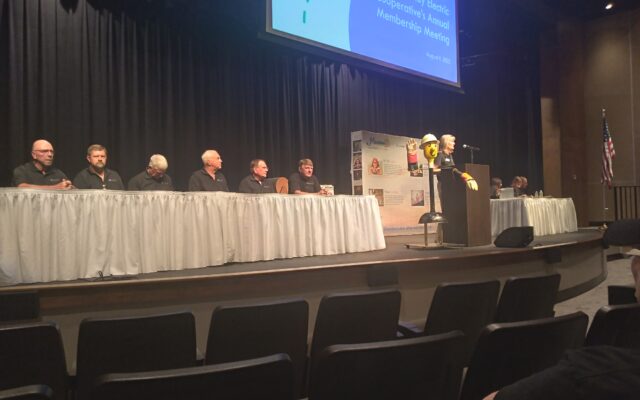 General Manager Scott Wilson says the electricity cost for the average Grundy Electric Cooperative customer is $5 per day. He thanked the customers of the former City of Galt Municipal System for selecting Grundy Electric to purchase their system and begin providing service last fall. He did stress to those attending that renewable energy provided by wind and solar for power is a welcome supplement to the overall power supply, but wind and solar have not showed the reliability for power that has been demonstrated from coal and natural gas.

In new business, a specific reliability concern was brought to the attention of the cooperative member from a Martinsville area customer.

Prior to the meeting, Cliff Addison presented the schools receiving GEC Community Foundation Grants. The Cainsville, South Harrison, Ridgeway, North Harrison, Laredo, Spickard, SM Rissler, Pleasant View, Wayne, Mercer, Princeton, and North Daviess School District received grants ranging from $175 to $1,000 for various enhancements. The program is funded from GEC member owners agreeing to participate in the GEC Operation Round Up Program. That program creates funding for projects when members round up their monthly bills each month.