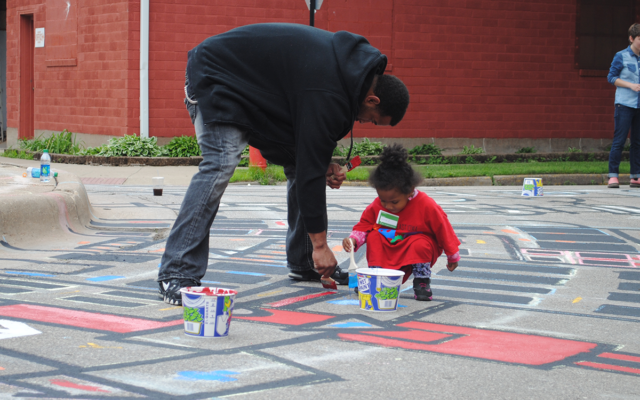 Placemaking is the buzz word several Iowa business and economic development groups are using to describe the process of improving already existing attractions and creating new public spaces. Dustin Miller is executive director of the Iowa Chamber Alliance, which represents the 18 largest chambers of commerce in the state. Miller suggests placemaking is one way to deal with Iowa’s workforce shortage. “People are not choosing jobs anymore because of a salary and benefits package,” Miller says. “They want places where they can live, work and play.” Miller says attracting new workers is the number one issue facing Iowa businesses and it has been for decades.

“We’re the only state in the union that since 1900 has not doubled in population,” Miller says, “and that slow population growth has real issues.” Jay Byers, executive director of the Greater Des Moines Partnership, says every industry and businesses of all sizes in Iowa are finding it difficult to hire AND retain workers.

“Placemaking has never been more important than it is today,” Byers says. “Therefore the Greater Des Moines Partnership supports the creation of a new, large scale investment program designed to transform Iowa communities across the state.” Jennifer Peters, tourism director for Vacation Okoboji, is president of Iowa Travel Industry Partners, which represents the state’s entire tourism industry. She’s urging Governor Reynolds to use more federal pandemic relief on tourism marketing and to boost the budget for grants that support community attractions and tourism sites around the state.