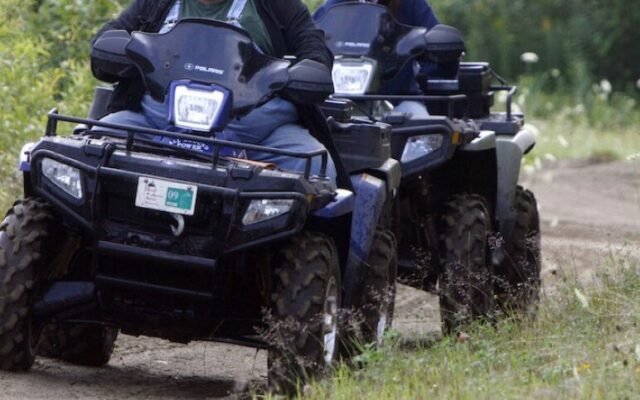 “At the end of the day, it comes down to personal responsibility and there’s only so much the government can do for you as far as babysitting,” Kaufmann says. If the bill becomes law, A-T-Vs driving on local highways would have to be equipped with headlights, tail lights, turn signals and mirrors, plus the drivers would have to be at least 18 and have liability insurance. City officials would be able to prohibit A-T-Vs from driving within city limits. Representative Christina Bohannan of Iowa City says the bill also sets a 35 mile an hour speed limit for A-T-Vs driving on county or state highways.

“I think there are a lot of things in here that do improve safety, including for the counties that currently allow this,” Bohannan says. “I’m not saying it’s perfect, but I do think it makes some improvement.” Existing county ordinances designating where A-T-Vs may travel on local highways would remain in effect, but county boards of supervisors would have to get a local A-T-V club’s sign off if any changes are made in the future. Representative Dennis Cohoon of Burlington says that’s a loss of local control.

“Over two-thirds of the counties already have an ordinance,” Cohoon says. “…If that’s up to negotiation with any group, I’m sure they would feel like that they’re losing their control over being able to determine which roads are best, which roads are safest in their given areas.” Cohoon says A-T-Vs aren’t meant to be driven on highways and he was one of 29 House members to vote against the bill. There were 64 yes votes, though, sending the bill to the Senate for review.