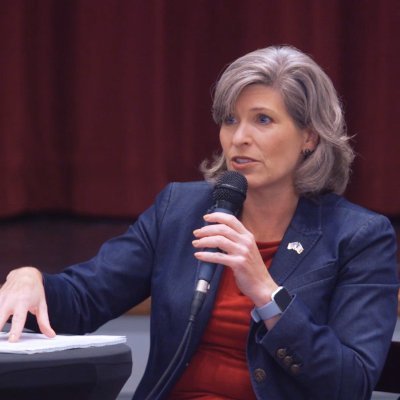 “If they continue this, then it’s disrupting what we’re able to get done as members of congress. It’s imporant than we do our work,” Ernst says. “They will need to recognize that and find a consensus around a leader.” Ernst, who is part of the Senate’s G-O-P leadership team, says the situation in the House is frustrating, but will be resolved.

“We’re going to have a fair process and we’re going to have a solid governing body at the end of the day after this discussion is over,” Ernst said. Ernst made her comments yesterday (Thursday) after a town hall meeting in Glenwood. Iowa’s other U.S. Senator, Republican Chuck Grassley, has not commented on the G-O-P stalemate over the speaker’s election in the House. Congressman Randy Feenstra, the Republican representing Iowa’s fourth congressional district, has issued a written statement on the impasse. Feenstra says the days-long delay in organizing the House for action helps Democrats block the G-O-P’s conservative agenda.