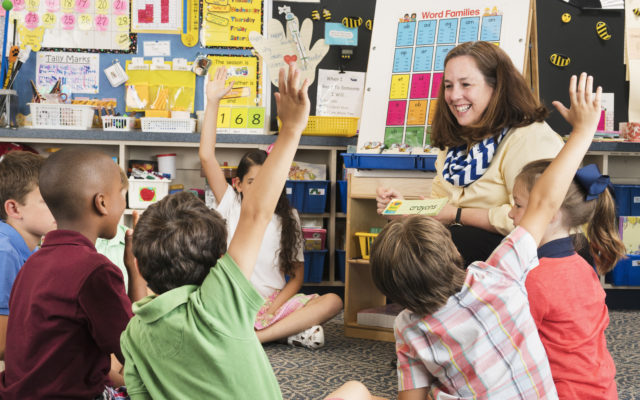 (Radio Iowa) The Department of Education’s recent report on the state of education showed the number of full-time teachers in public schools in 2020-21 was up by 455 from the previous year to 37,567. Department analyst, Jay Pennington, says special programs are part of the reason for the increase.

“With the teacher leader and compensation system that provides an additional over 250 million dollars annually — along with the teacher leader supplement — which also provides an additional 250 million. Both of those initiatives have pumped money into the profession,” Pennington says. He says the programs have helped experienced teachers mentor the new teachers coming.

“And it also really helped the bottom line in trms of raising the average teacher salary in Iowa to be more competitive, to he in the upper half when we look at rankings,” he says. The average regular teacher salary was up 661 dollars to 58-thousand-771 in 2019-20. School districts this year appear to be having some of the same issues in hiring teachers as other businesses.

“We have heard anecdotally from districts that there are lots of vacancies — hard to fill positions — more so in the 2021-2022 school year than in other years,” he says. Pennington says they don’t know yet if the number verify the anecdotal reports.

“We look at the data for the 2021-2022 school year. Given the increases of the overall number of educators that we have seen — consistently seen over the last decade — it will be interesting to see if we see a subsequent decline at some point,” according to Pennington. The report showed there was a 13-point-one percent increase in the number of full-time public school teachers from the 2000-01 school year to the 2020-21 school year.