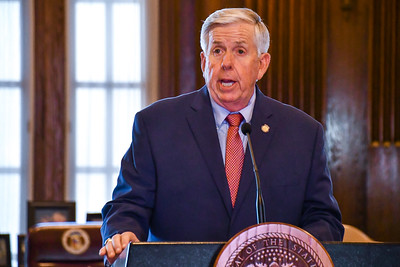 A Missouri judge ruled Tuesday that Governor Mike Parson’s decision to end federal pandemic unemployment benefits would not be substituted with a judgment of the circuit court.

The court ruled against an injunction requested by Missouri Jobs With Justice who filed a lawsuit on behalf of residents who lost jobless benefits. The request also sought back pay that could have amounted to as much as $1,500.

The enhanced benefits from several federal programs had added money to the unemployment checks for those eligible to help ease the crunch caused by shutdowns for the COVID-19 pandemic. When Missouri Governor Parson announced reasoning for the decision, he cited a large number of jobs available in the state.

In his four-page ruling denying a preliminary injunction, Judge Jon Beteem wrote that “the balancing of harms and the public interest strongly favor the Governor’s decision to promote economic recovery and encourage workers’ re-entry into Missouri’s critically understaffed labor force.

Missouri Attorney General Eric Schmitt said in a statement that the ruling “affirmed the legality of Governor Parson’s decision to terminate these temporary benefits and will hopefully lead to the hiring of workers for businesses that desperately need the help.”

Missouri Jobs With Justice said it was disappointed in the ruling and still evaluating what to do next.

The enhanced benefits expire next week for those still receiving them.