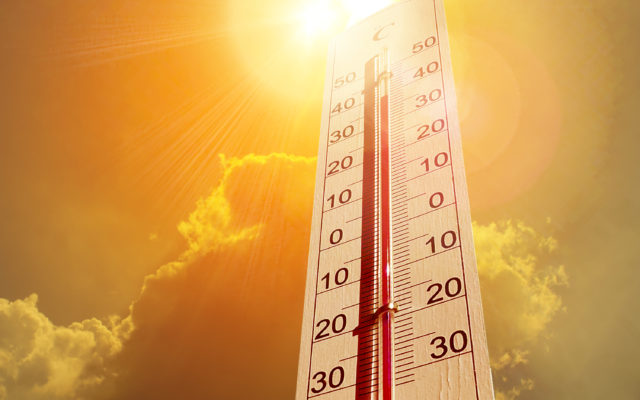 “We’ve gone through two years of La Nina, that’s not uncommon,” Todey says. “The initial thoughts were that La Nina was going to weaken this spring and dissipate. It has weakened but it really hasn’t dissipated. It actually has strengthened in certain ways. So, La Nina is still very present and impacting our background issues with the outlooks.” Todey says the forecasting models for the next several months show a tendency toward above-normal temperatures and a lack of rain.

“We did have this area of maybe not being warm in the north central U.S, and in June, July, August, that goes away,” Todey says. “So, much of the western U.S. leans towards above (-normal temperatures) and decreased chances for precipitation — sorry about that — throughout the Plains and even extending into Minnesota, Iowa, Missouri.” Todey says there is the potential for more heat and expanding drought areas into summer, both in Iowa and across the region.

“There were hints this could happen,” he says. “It’s not a guarantee. The probabilities still are not high but it’s definitely something we have to keep an eye on as we go ahead here.” A La Nina event occurs when Pacific Ocean surface temperatures cool, and it influences weather across North America.
(Jerry Oster, WNAX, Yankton)