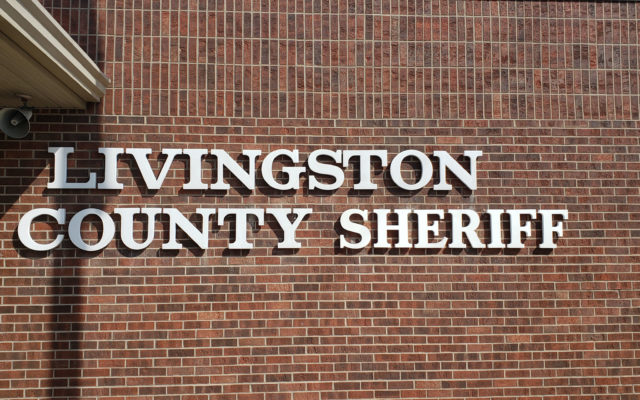 November 11 at 3:08 a.m. LCSO responded to a domestic assault in the 7000 block of LIV 239.  Investigation shows one adult male with injuries.  Investigation has since been completed and information submitted to the prosecuting attorney for consideration.

November 15 Deputy Sheriff/School Resource Officer Mike Lewis filed a report with this office regarding an incident at CHS involving 2 juveniles with the victim allegedly being harassed and threatened with assault multiple times from the suspect.  Parent(s), school administration and juvenile office are all aware/involved and handling.

November 16 Deputy Sheriff/School Resource Officer Mike Lewis filed a report with this office regarding an incident at CHS involving 2 juveniles.  Allegedly 1 juvenile pulled a large pocket knife with blade open on another student and threatened to stab the juvenile.  The knife has been seized, parent(s) and juvenile officer notified and assisted with interview.  School administration is handling their end and the juvenile officer now has the report.

November 20 at 2:48 a.m. LCSO deputy located a vehicle which had fled from Grundy County authorities suspected of being involved in burglarizing vehicles in Trenton area.  The deputy and CPD stopped the vehicle in north Chillicothe and then the driver sped off and led law enforcement on a chase to 36 and west.  Caldwell County deputy sheriff was able to use spike strips on the suspect vehicle which soon flattened most or all of the tires on the suspect’s vehicle.  The driver continued at a slow speed for several miles and turned around on U.S. 36 and headed back east then south on Route A in Caldwell County finally stopping on private property.  The driver being the only occupant continued to refuse the officers commands and a window had to be broken out to remove the driver from the vehicle.   Officers took Tammy Y. Nevels, 50, Columbia, into custody.  Ms. Nevels was allegedly intoxicated on alcohol and/or drugs, illegally in possession of a firearm, in possession of stolen property and later turned over to Grundy County authorities.  Charges have been filed in Grundy County and we are seeking additional charges in Livingston County.

November 20 about 8:50 p.m. LCSO began an investigation on reported domestic assault that began in Utica and ended in Chillicothe.  Adult female alleged a boyfriend was jealous over a phone call and ended up striking her multiple times, pulling her hair, spit in her face, refused to let her out of a vehicle in Chillicothe and once the victim was out of the car the male drove in a reckless manner.  LCSO and MSHP made contact with the suspect in Utica and obtained that persons side of the story.  Additional evidence being sought and report will be submitted to the prosecuting attorney.

November 24 at 11:59 a.m. LCSO investigated an unattended death on LIV 520.  Preliminary investigation shows the elderly male appeared to pass in his sleep.   Livingston County Coroner’s Office took possession of the body and assisted at the scene.  Our thoughts and prayers remain with the family.

November 26 at 7:31 a.m. LCSO responded to a report of domestic disturbance in the 7000 block of Liv 237.  All persons interviewed and no criminal violation occurred but the adults agreed to separate for the remainder of the day.

Jeffrey Wayne Huffmon, 51, Avalon, wanted on Livingston County arrest warrant for alleged class E felony Stealing-4th or subsequent Offense within 10 years.  Bond set at $10,000 on case #22LV-CR00617.  Mr. Huffmon is aware of this warrant and intentionally did not show up in Carroll County Court on November 16, 2022.  At the time of this posting allegedly had an active arrest warrant from Carroll County, case #22CR-CR00121 for alleged class D felony Stealing-$750 or more, bond also set at $10,000.

Iman Issa Weir, 31, Detroit, wanted on two Livingston County warrants being for alleged case #22LV-CR00409 for alleged Failure to Appear on class D felony Possession of Controlled Substance.  Mr. Weir was first arrested/incarcerated on this case August 08-09, 2022 at which time he posted bond.  Second warrant is case #22LV-CR00586 for the class E felony of Failure to Appear in Court-Felony Violation.

November 16 at 1:00 p.m. LCSO arrested Kalie Marie Kuhl, 32, Chillicothe for alleged Driving While Revoked/Suspended and Failure to Register Motor Vehicle Annually (expired 2021 plates with some other persons 2022 tab) when stopped at Cherry and Second Street.  The male owner of the vehicle later frequently called the LCSO cussing staff and making demands about his vehicle as his vehicle had been towed from the scene and license plates which were seized due to an order from DOR.

November 25 at 2:54 p.m. a deputy observed a person driving who was known to have a revoked or suspended driver’s license.  That vehicle was stopped at Mitchell Road and Third Street in Chillicothe and subsequently arrested Kimberly Rea Moore, 35, Chillicothe for DWS.  Ms. Moore was processed at the LEC and released on summons.

November 27 at 9:00 a.m. a Chillicothe driver was cited for Failure to Register Motor Vehicle on a stop at Washington and Polk Streets.

LCSO has remained busy on criminal and fugitive investigations, assisting other agencies on variety of issues, handling livestock calls, checking well-being of people and animals, taking detainee to a hospital on a medical request, and additional court/detainee duties.

Currently the LCSO has 52 people in custody, 18 of which are female detainees.