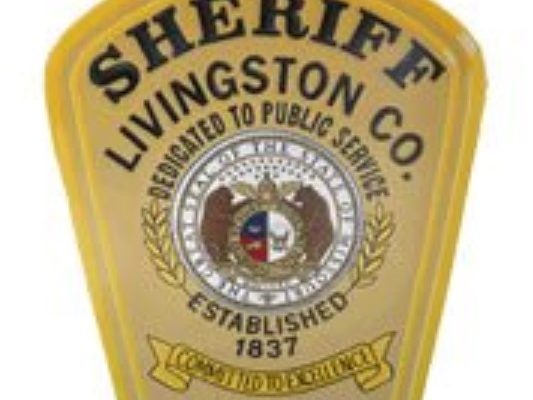 November 25 LCSO dealt with complaints of careless and imprudent driving on an ATV in Utica.  Investigation shows a juvenile was found to have allegedly committed the violations.  Report being submitted to the juvenile office and parent(s)/juvenile informed of the issues.

November 26 LCSO helped a family with an out-of-control juvenile in the Dawn area.  Information has been shared with the juvenile office and children’s division.

December 13 Deputy Sheriff/School Resource Officer Mike Lewis filed an incident report with this office on a student allegedly found in possession of a vape and THC cartridge at a Chillicothe public school.  The items were seized as evidence, school officials, parent(s) and juvenile office are involved in their respective rolls.

LCSO has been working with a local victim in addition to the FBI in regards to the local victim being scammed out of a lot of money, well over $100,000.  The person(s) responsible for this scam are not in the United States and conduct these scams from other countries to avoid criminal prosecution.  We strongly urge people to not fall for the many different scams which our citizens are bombarded with daily.

LCSO has been working with a fraud victim from Oklahoma who had their credit/debit card charged wrongfully for $136 and the vendor reportedly shipped the purchased item to an address in eastern Livingston County.  The people at that address had documentation of what they purchased on an online auction site for an amount of $80.50 and that information was collected and shared with loss prevention and other entities.

LCSO had been investigating an incident of harassment and violation of a protection order.  Significant evidence was collected and the suspect is no longer in the U.S.  The victim has since refused to cooperate any further.  Investigation now closed.

December 14 LCSO concluded an investigation of felony stealing by deceit where a Carrollton resident allegedly sold his pickup to a person in Livingston County for $4200 cash.  The seller did not have permission nor disclose he had a lien on the vehicle through a cash loan business.  The buy is out the $4,200 cash plus other costs including buying new tires for the vehicle.  LCSO arrested Joseph Wayne Webb, 28, Carrollton for the alleged crime.  Mr. Webb was interviewed and talked with the deputy about this, was processed at the Law Enforcement Center and released pending filing of formal charges.  Victim notified of progress.

November 29 at 2:06 p.m. LCSO arrested James Henry Venneman Jr., 38, Chula, on a Pike County arrest warrant for alleged Failure to Appear in Court on original class E felony Non-Support, Total Arrears in Excess of 12 Monthly Payments Due Under Order of Support.  Mr. Venneman was processed at the LEC and released on $1,000 bond.

December 10 at 3:35 p.m. a deputy was checking on a parked vehicle at a closed business and noticed the vehicle had a broken window.  The deputy identified the male who was sleeping in the vehicle and subsequently arrested Trayvione Jamar Colum Suber, 18, Chillicothe on an active Carroll County arrest warrant on a failure to appear-traffic offense.  Mr. Suber could not post the bond and was transferred to Caldwell County Detention Center pending extradition by Carroll County.

December 08 at 3:20 p.m. a Chillicothe driver was cited for failure to register motor vehicle on a stop on Calhoun and Washington Streets.

November 30, LCSO transported Tiffany Midgyett to the Missouri Department of Corrections in Vandalia who was briefly in our custody on a writ.

December 09, LCSO transported 5 females to the Missouri Department of Corrections in Vandalia.

LCSO, the Law Enforcement Center Dispatch, Chillicothe Police, and various Courthouse Offices have been dealing with an adult male who frequently calls to complain about a variety of issues, is rude and belligerent and antagonizes the person answering the phone.  Sheriff Cox even recently spoke with the man and soon ended the conversation with direction to not call back.  The man then complained to the Livingston County Michigan Sheriff about us and the Circuit Clerk.  Nothing in public employment requires anyone to listen to this kind of unreasonable behavior.

LCSO currently has 43 people in custody at various jail facilities.

A deputy recently struck a deer with a sheriff’s patrol vehicle while working late shift.  Fortunately the collision caused only minimal damage to the protective front push guard on the patrol vehicle.

LCSO has remained very busy with these and other investigations, assisting other agencies, spending time in area schools when opportunity allows, and training two new road patrol deputy sheriffs (more on that next week).

Be safe and stay warm.