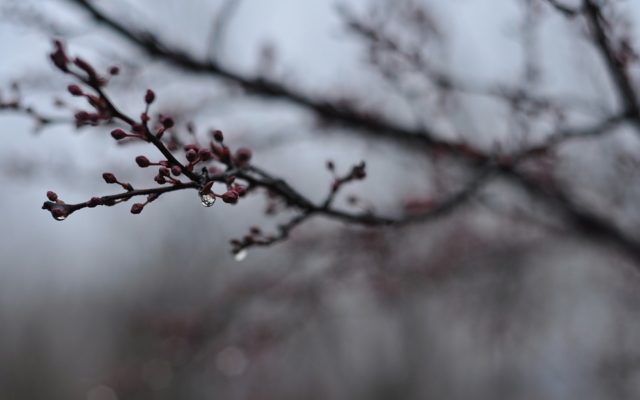 WEBSTER CITY, IA (Radio Iowa) March proved to be a mixed bag when it came to temperatures and precipitation. State Climatologist Justin Glisan says things were slightly wetter than normal.

“Precipitation we were above average across much of the state — seven-tenths of an inch preliminarily. Typically we receive about two inches of snowfall and rainfall during March — above-average totals in the southeast two-thirds of the state,” Glisan says. He says there wasn’t anything too out of the ordinary in the temperatures for March.

“It was near average when you look at temperatures statewide. We were about 36 degrees for the average temperature there,” Glisan says. “We did have pockets of above-average temperatures in north-central and southeastern Iowa — but basically what we would expect climatologically on the temperature side.”
Glisan says the most notable weather occurrence in March was the deadly tornadoes.

“We lost seven individuals form two supercells spawned tornadoes in southern Iowa. This was the highest fatality count we had since the Parkersburg E-F-5 in 2008,” he says. “And it was the first E-F-4 tornado this far north, this early in March.” Glisan says the outlook for this month could give us some April showers

“We have actually seen a shift in the precipitation field from the initial outlook issued in the middle of March. And we are seeing a slightly elevated signal for wetter conditions across the state — which would be beneficial in terms of drought conditions. Now we don’t want to get too wet to keep farmers out of the fields, but this is a good signal to have,” according to Glisan. He says the signals for the temperature are not showing any trend toward warmer or cooler conditions at this point for April.
(By Pat Powers, KQWC, Webster City)