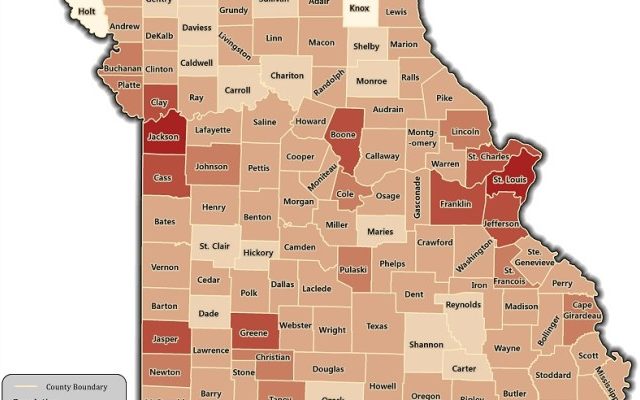 With the release of the 2020 population estimates by the U.S. Census Bureau, figures indicate that Missouri grew by .2% over the past year by adding 11,000 net new residents. That growth rate is half of the national growth rate and is consistent with other Midwest and neighboring states. But Missouri’s growth has been uneven across the state.

Missouri’s Northwest Region has lost almost 5% of its population since 2020 due to net domestic out-migration and negligible natural increase. Andrew County has been the only county in the region to gain population from 2010 to 2020. DeKalb, Holt, Sullivan, and Atchison counties have lost substantial population over the period.

Overall, 62 of Missouri’s 115 counties lost population. Most of those counties were in northern and southeast Missouri. Springfield and Columbia were Missouri’s fastest growing statistical areas at .8% and .7%, respectively. Kansas City grew by .5%. St Louis growth was flat. Jefferson City and St Joseph both lost population. Jefferson City was down .5%. St Joseph was down .6%.

Areas appearing to grow in the state include the Ozark Region, Southwest Missouri, the St Louis suburbs, and West Central Missouri.