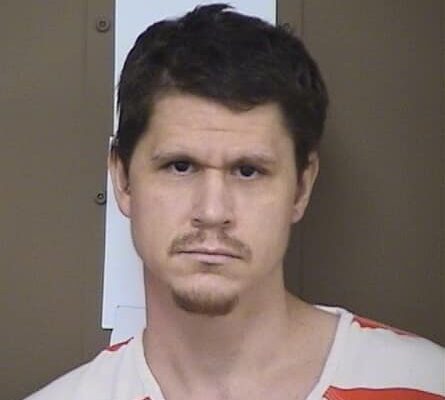 MOUNT AYR, IA – Officers from the Ringgold County Sheriff’s Office responded to a Mount Ayr residence on Friday morning for a welfare check.

When they made contact with the individual officers say observed a gun and a bomb sitting in the man’s lap. A report from law enforcement says the bomb was not sensitive to movement and was removed to a remote location. According to the report the Iowa State Fire Marshal was called and the bomb technicians determined it was a bomb and made it safe.

Officers took the individual, identified as 35-year old Jordan Still of Mount Ayr into custody on charges of possession of a weapon by a felon and unauthorized possession of an offensive weapon. He was taken to the Ringgold County Jail.