The proposed changes to Missouri’s Legislative Districts was released, with the biggest change in the 5th congressional district.  If approved, the 5th district would shrink from covering 4 counties, to only covering Jackson County.  The rest of the 5th district would be split between the 6th and the 4th districts.  The 6th congressional district, covering the northern part of the state would lose Chariton and Monroe Counties, but would gain Lincoln County, north of St. Louis.  Part of Ray County, northeast of Kansas City would also become part of the 6th district.

The proposal has been filed as HB 2117 by Representative Dan Shaul (R-Imperial).  Experts say the map would likely remain 6-2 favoring Republicans, instead of 7-1 as had been rumored.

The 40-member bipartisan commission tasked with redrawing the maps was appointed by Governor Mike Parson.  Members consist of an even mix of Republicans and Democrats.  The maps are required to be as equal in population as possible, with no more than a one percent deviation from the average population and up to a three percent deviation to follow political boundaries.

A version of the revised map must be signed by the Governor or constructed by the courts by March 28th. 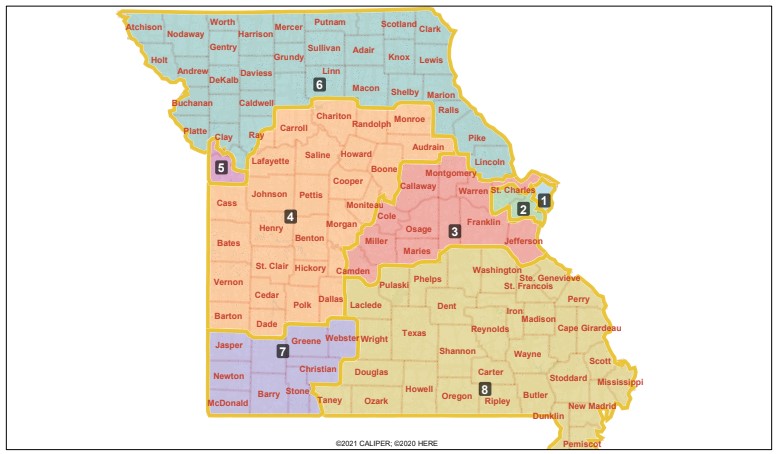