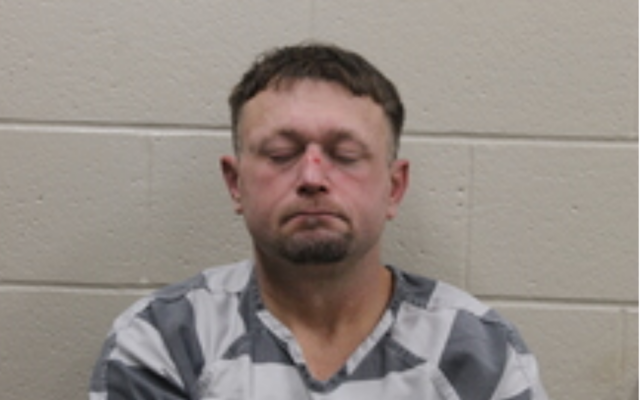 A press release from the Sheriff’s Office reports officers were called to a robbery at the Citizens Bank and Trust on Wednesday around 1:45 pm.
The reporting party stated an individual wearing all black and a ski mask came into the bank, pulled a firearm and demanded money.  The suspect left driving a black sedan.
On Thursday, officers received a call that the suspect vehicle was loaded on a tow truck.  The Sheriff’s Office made contact with the driver of the tow truck.  While law enforcement was in route to the tow truck driver’s location the owner of the vehicle which was being towed attempted to take the tow driver’s vehicle.
Law enforcement arrived on the scene and took the suspect into custody.  The suspect was taken to Mosaic Life Care in St. Joseph.  Officers say when the suspect was being discharged the individual attempted to escape.
Forty-one year old Savannah resident Marvin Joe McWhorter III has been charged in Holt County with vehicle hijacking and is currently being held on a $750,000 cash or surety bond.
The bank robbery case has been turned over to the Missouri State Highway Patrol Division of Drug and Crime Control and the Federal Bureau of Investigation.