US 36 MO River Bridge in St. Joe To Narrow Monday 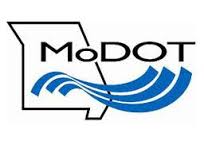 The Missouri Department of Transportation has announced a project to place a new overlay, repair some substructure elements, and replace guardrail at the Pony Express Bridges over the Missouri River on U.S. Route 36 in St. Joseph will begin next week.

Mo-Dot says on On Monday, January 31 contractors from Comanche Construction, Inc. will place temporary barriers to close one lane, each direction, with a 12-foot width restriction.

Construction will take place in two stages. During the first stage of construction the ramp from eastbound U.S. Route 36 to Route 759 (Stockyards Expressway) will be closed. That stage is expected to last through mid-July,

During stage two, which is scheduled from mid-July through November, the ramp from Route 759 to westbound U.S. Route 36 will be closed.

All work is scheduled to be complete on or before December 1.