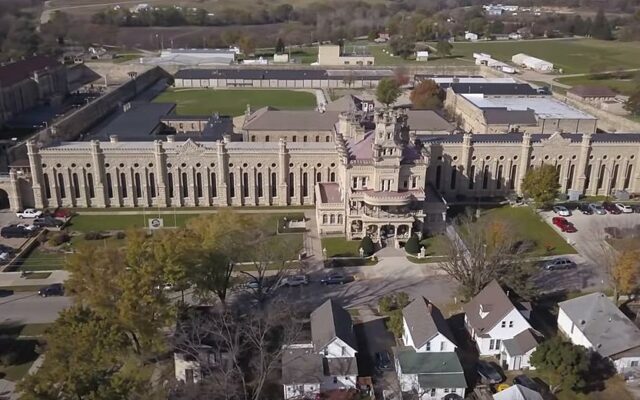 (Radio Iowa) Starting today (July 21), the letters, cards and photos mailed to inmates in Iowa prisons will be digitized by a company in Las Vegas and later destroyed. Iowa Department of Corrections spokesman Nick Crawford says the mail will be scanned, printed in color and just the copies will be sent to each prison for delivery to inmates.

“The purpose behind making this change to a new mail delivery system in our correctional institutions is to curb the introduction of mail contraband, specifically as a relates to the synthetic drug K2.” K-2 can be sprayed on paper. Crawford says the decision to digitize prison mail was spurred by an incident last year when 60 inmates at the state prison in Clarinda were involved in either distributing or consuming K-2.

“It causes some pretty serious side effects for our inmates if consumed,” Crawford says. “It causes erratic behavior, sometimes violent behavior. You can become very physically ill.” Crawford says staff who’ve been reviewing the mail delivered through the U.S. Postal Service and looking for contraband were endangered, too.

“There will still be a piece of the review process done by the staff at our facilities, it will just not be the hands-on process,” Crawford says. “…We’re taking our staff out of harm’s way.” Other states are making this move to restrict outside mail from being delivered in prisons and federal prisons in several states are scanning mail. Three companies submitted bids to digitize Iowa prison mail and Pigeonly Corrections in Las Vegas won the state contract. Crawford says the company will charge the state 42 cents for every piece of mail scanned.

“No charge to the inmate and then no charge to whoever’s sending them mail,” Crawford says. Mail for Iowa prison inmates must now be sent directly to Pigeonly Corrections in Las Vegas, although for the next 30 days the state will send mail being delivered to the prisons to the Las Vegas processing facility. There ARE new size guidelines for letters, greeting cards, post cards, children’s drawings and newsletters.

“These things are still able to be sent,” Crawford says, “they’re just going to a central processing facility Pigeonly operates, scanned in and then they will be provided a scanned copy at the institution and of those same things that they would have been receiving before.” Mail that directly deals with legal matters will not be diverted and will be delivered to inmates. Prison mail has generally been a low-cost way for inmates and their families and friends to stay connected. Studies have shown regular correspondence reduces stress for many inmates and increases the likelihood they will not re-offend after they’re paroled. Go to www.radioiowa.com to find links to the new prison mail guidelines — including the Las Vegas address that is to be used.